The Bold and the Beautiful spoilers for November 15-19, 2021, reveal Sheila making some demands of Jack Finnegan and he finally realizes he needs to comply.

The Bold and the Beautiful Spoilers: Will Finn Be Stunned?

When Jack (Ted King) leaps from the table upon seeing John Finnegan (Tanner Novlan) walk in, Sheila Carter (Kimberlin Brown) knows she still has the upper hand over Jack. The man still doesn’t want their son to see his two biological children together and he hides well. But he also gets to hear the fact that Finn is finally curious about who his father is and Sheila sees this as her moment. When Finn leaves and Jack returns, she demands he tell Li Finnegan (Naomi Matsuda) all about their little affair that produced Finn.

And Jack actually does it. Later in the week, he goes to his wife and confesses the whole sordid truth to her about his affair and him adopting his own son. How will she react? Is their marriage over and is Finn the next person Jack is going to tell? This would truly rock his entire world more than learning a crazy woman is his mother. 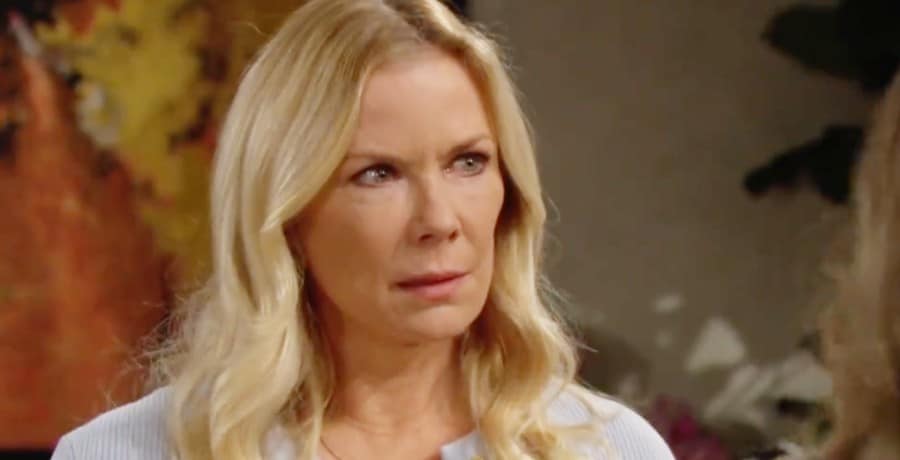 Brooke Meddles and Backs Off

Brooke Forrester (Katherine Kelly Lang) had quite a week walking down memory lane with Hope Logan (Annika Noelle, telling her about her own father. She even softened towards Deacon Sharpe (Sean Kanan) as Hope announced she would see her father no matter what anyone in her family said. As Hope deals with Liam Spencer’s (Scott Clifton) reaction to this, Brooke backs off and goes on to meddle in Eric Forrester’s (John McCook) life once again. Ridge Forrester (Thorsten Kaye)isn’t happy with her at the moment but she has bigger fish to fry and more lives to disrupt because she is Brooke and believes she knows all.

She begs Eric to just leave Quinn Fuller (Rena Sofer) behind once and for all be with Donna Logan (Jennifer Gareis). Poor Donna is in tears after Eric rejected her but trying to put all her hopes behind her to move on. However, Brooke wants to make sure Donna does not move on and she does all she can to get Eric to see the light about his marriage and who the real right woman is for him. Will he finally listen and admit that his marriage isn’t working?