Savannah Chrisley catches a lot of heat on social media for the dramatic changes she’s made to her own appearance over the years. Following in daddy’s footsteps, Savannah has had a significant amount of plastic surgery done over the years.

The Chrisley Knows Best star catches a lot of heat because fans don’t believe she actually needed to have cosmetic work done. Fans argue she was beautiful before she started making cosmetic changes to herself. Some fans even argue that Savannah has ruined herself with the amount of work she’s had done to alter her appearance.

Has Chloe had work done on her teeth?

There has been chatter more than a few times on social media regarding Chloe Chrisley’s teeth. Being just a child, there are some fans who believe she should be off limits from any type of criticism. Other fans, however, argue their criticism isn’t with Chloe but with her custodial parents Todd and Julie Chrisley.

As we’ve previously reported, questions regarding whether Chloe Chrisley has veneers has come up several times in the comments section of the official Chrisley Knows Best Instagram page. A lot of fans admit the reason they express concern is because they fear too much weight is being placed on the importance of appearance for Chloe Chrisley.

Savannah Chrisley shared an angelic photo of her little sister Chloe on Facebook and Instagram earlier this evening. Chloe looked barely recognizable in the snap as her hair was completely transformed. On Facebook, Savannah explained Chloe has been begging Savannah to get her hair done for years. Savannah Chrisley finally caved and overhauled those curls with something sleek and straight.

Combatting any potential backlash, Savannah reassured her followers that she didn’t use chemicals or anything harsh to smooth out those gorgeous curls. In fact, Chloe’s hair would go right back to normal the first time it gets wet. 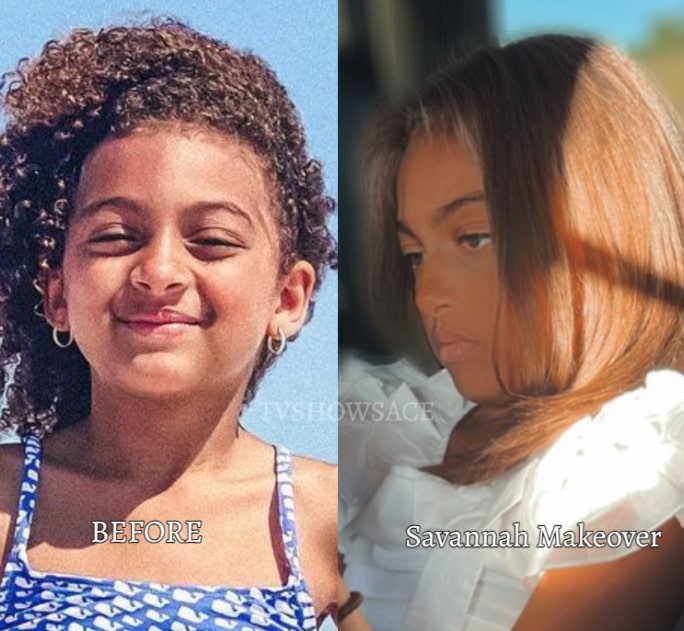 On Facebook, Savannah noted that her baby sister looked like an “angel on earth.” Chloe was certainly giving off some angelic vibes with that white puffer shirt. On Instagram, Savannah Chrisley jested that Chloe looked like a teenager with this fresh hairstyle.

Chrisley Knows Best fans were here for the overhaul

One fan was quick to point out a silk press was the hair treatment Savannah got for her little sister. Overall, however, there was nothing but love in the comments on Facebook for Savannah and Chloe. Fans admit that they love Chloe’s gorgeous curls. But, they also adore this new straight hairstyle as well.

Fans could not believe how grown-up and beautiful Chloe looked in the photo. They agreed angel was the right word to use. Others urged Savannah and Todd to get Chloe in modeling because she was a real beauty. 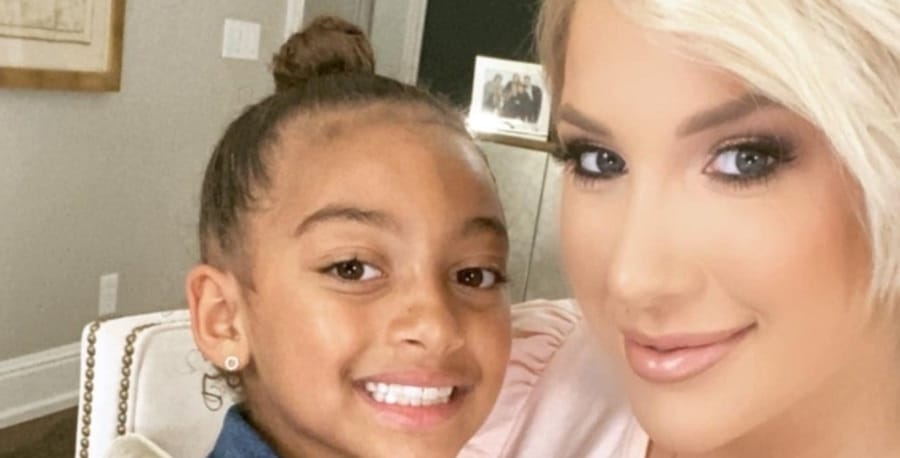 Do you think Chloe Chrisley looks unrecognizable with her stunning new look? Do you agree with Savannah that Chloe looks much older with this dramatic change to her appearance? Share your thoughts with us on Savannah Chrisley overhauling Chloe’s appearance in the comments down below. And, keep coming back for the latest Chrisley related news.