Sister Wives star Christine Brown took a huge plunge and decided to separate from Kody Brown. She has revealed to the world that their split was a long time coming. Although the two were never legally married, Christine still refers to their split as a divorce. Now, as fans learn more about their split, Christine is opening up a little about what she hopes the future may hold.

Christine Brown speaks out about future plans with Kody

The Sun shared details about Christine Brown and her future hopes regarding her relationship with now ex, Kody Brown. According to reports, Christine opened a Cameo account to help bring in some extra income. Fans can request and pay for video messages from the reality star.

In one recent video to a huge fan, Christine shared that she felt “like a much better person.” She also acknowledged that her split from Kody had been a long time coming.

Christine is embracing her new life and admits it’s a whole new world. Plus, she reveals hopes to remain friends with Kody as they co-parent their youngest daughter, Truley, 11.

However, while she knows it was a long time coming and wants to be friends with Kody, Christine also admits there are good and bad days. She said, “Because we’ve been still real high communicating with each other and stuff. I mean good and bad days, don’t get me wrong, it’s been blah.”

She also noted they need to be on good terms especially in front of Truley. Their other kids are older so their main focus is continuing to co-parent their youngest daughter. Christine said, “But we have a life still together after this because we have kids to raise.”

Christine gushed about how much she loves being a mom to her children. 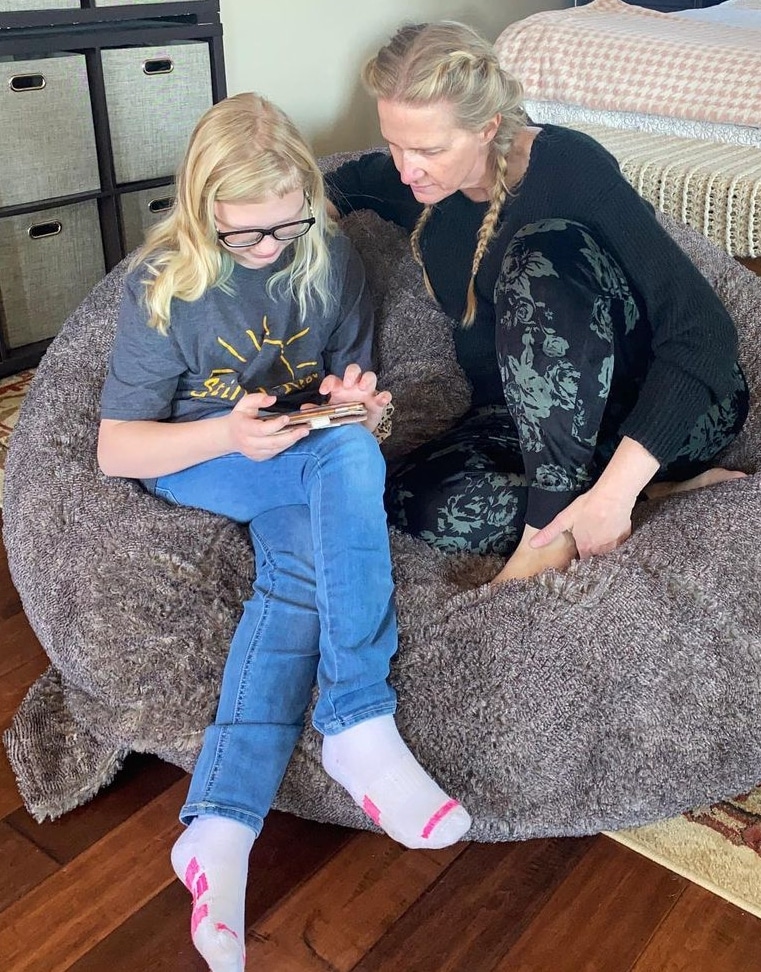 Where did Christine move when she left Kody?

According to the report, Christine moved into a $1.1m Utah duplex after selling the Arizona home she shared with Kody for $700,000. Of course, since Christine and Kody are not legally married, she is listed as single on all the court documents for her homes.

Fans absolutely love Christine. In fact, many are hoping to see her join a new reality television show outside of Sister Wives. What show is it? Fans would love to see Christine Brown compete on Dancing With the Stars. Many gushed how they feel it would be a good journey for her to take.

What do you think about Christine’s plans for co-parenting her daughter with Kody? Would you watch Christine on DWTS?