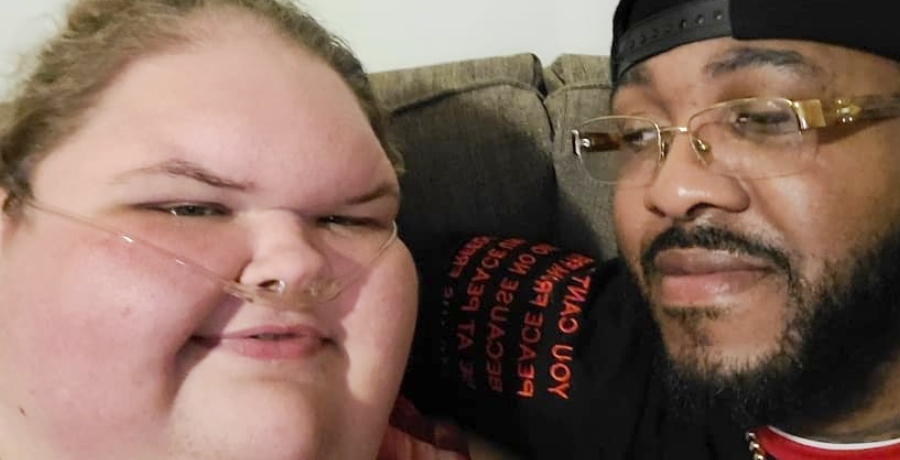 Wait, what happened to Jerry Sykes?

On Season 2 of 1000-Lb. Sisters, Tammy Slaton was dating a man named Jerry Sykes. Fans recall he was a married man. But, Tammy didn’t seem to mind. For the most part, fans couldn’t stand Jerry. He didn’t seem interested in helping or supporting Tammy in losing weight. Likewise, it was clear he continued to fuel all her bad habits.

During the Season 2 Finale, Tammy Slaton revealed she and Jerry Sykes broke up. Some fans suspected their relationship was never anything more than a storyline for the reality series.

He is a self-proclaimed lover of big, beautiful women. And, he makes it clear he isn’t interested in women who weigh less than 300 pounds. Now, Tammy Slaton’s family get to meet her boyfriend this season and they don’t seem to care for him. Her brother Chris takes a massive issue with his posts about lacking interest in dating someone under 300 pounds. Tammy’s fans fear he is just going to enable her instead of helping her get better and lose weight.

Tammy Slaton, however, isn’t interested in her family’s criticism and urges them to just let her be happy.

Relationship Update: Are Tammy Slaton and her boyfriend still dating?

All signs on social media pointed to the fact that Tammy Slaton and her new boyfriend Phillip were no longer together up until recently. Tammy had wiped her Instagram clean. And, she was no longer posting videos about him on TikTok. Likewise, they weren’t really commenting on each other’s posts anymore. Moreover, he had posted a few times on TikTok and Instagram with content featuring other big women. Could they just be in an open relationship?

Tammy Slaton’s boyfriend Phillip, however, posted content on both TikTok and Instagram recently that suggests they might actually still be together. Phillip referred to Tammy as both her “baby” and her “soul mate” in two different posts.

Are things getting serious between these lovebirds? Or, is he just trying to stir things up ahead of the Season 3 Premiere?

1000-Lb. Sisters fans beg her to focus on her health, not dating.

Fans of 1000-Lb. Sisters hated Jerry Sykes. And, they aren’t too happy to learn Tammy Slaton has found a new boyfriend. Many fans suspect any man or woman who meets Tammy online and dates her is only doing it for clout. Her previous boyfriend Jerry Sykes was accused of using Tammy for clout. And, as fans know, Tammy was NOT his first TLC girlfriend. Jerry Sykes reportedly dated a cast member of My 600-Lb. Life both before and after dating Tammy. This particular cast member also happened to appear on MTV’s Catfish as well.

On TikTok, were Tammy and her new boyfriend have been more vocal about their relationship, 1000-Lb. Sisters fans are NOT having it. They have dug deep into his social media activity and pointed out that he isn’t exactly faithful to Tammy. In fact, fans noted her new boyfriend seems to talk to any overweight woman on TikTok that gives him the time of day. Likewise, fans pointed out that he doesn’t post nearly as much content about her on his social media profiles as she does on hers. Is he ashamed of her? This is what some fans feared.

Do you think Tammy Slaton and her boyfriend are still dating? Or, do you think this relationship was all for clout and a plotline in Season 3 of 1000-Lb. Sisters? Share your thoughts with us in this relationship and let us know if you like him more than Jerry Sykes in the comments down below.