Nayte Olukoya is quickly becoming a fan favorite on Michelle Young’s season of The Bachelorette. Keep reading to find out more about this man who is grabbing Michelle’s attention.

Get to know Nayte Olukoya on The Bachelorette

Nayte Olukoya is first of all 6’8″ tall. Wow! He is 27 and a sales executive living in Austin, Texas. His full name is Tundé Nayte Olukoya. Nayte is originally from Winnipeg, Manitoba in Canada. He graduated with a Bachelor’s in business administration and a minor in Africana studies from Eastern Washington University in 2019.

Plus, with Michelle being a teacher, Nayte thought it would be important to share he was once a teacher’s aide. His mom was a teacher and he was an aide in Omaha Public Schools in Nebraska at one time.

Marie Claire shared what Nayte said about teachers. He said, “I have crazy respect for teachers. And knowing that she’s a teacher has me believing at least that she’s a person that’s going to want to have like conversations that are, you know, not superficial because that’s what I’m looking for.”

Plus, Nayte is a dog lover. He recently adopted an English Cocker Spaniel puppy named Percy. Fans can see adorable photos of Nayte and Percy on social media. 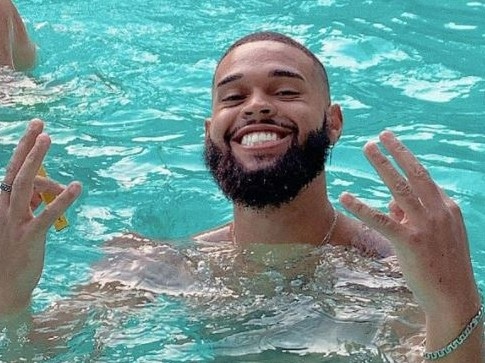 What else is known about Nayte?

It appears that Nayte also enjoys reading nonfiction books. He has shared a few of those books on social media. In his bio on The Bachelorette official page, Nayte says he’s looking for a teammate. It reads, “His dream woman is outgoing, spontaneous, and has enough swagger of her own to keep up with him. He’s looking for a connection filled with heat and for someone who will be just as passionate about him as he is about her. Nayte is looking for a teammate for life and is confident that Michelle may just be the one he’s been waiting for.”

His bio also revealed that he can’t dance at all. Plus, he loves edible arrangements.

As far as his connection with Michelle, it’s going great so far. Nayte received the first impression rose from Michelle Young. He also received her first kiss. Of course, there are some men who say Nayte is a player but it’s not stopping him from pursuing his relationship with Michelle.

He admits he was very nervous when he stepped out of the limo to meet Michelle. This was also another first. Nayte was the first man who exited the limos. He was so nervous he admits he doesn’t recall a lot of that moment. Plus Nayte also admits he didn’t understand the importance of the first impression rose when he received it.

What do you think about Nayte so far this season? Is he a good match for Michelle?