Lacey and Shane have been one of the most up and down Love After Lockup couples ever. They have kept the spin-off, Life After Lockup, even more dramatic with their antics. What has plagued them this current season was questions surrounding Shane’s fidelity. When Lacey did not feel appreciated by her husband, she immediately rushed back to her ex, John. Are they officially back together or is it all for ratings to keep this couple on the Wetv network? Lacey does know drama keeps couples on the show.

It all started with a lack of intimacy. The once hot and heavy Shane and Lacey Whitlow started off the new season of Life After Lockup cold as ice. He spent most of his time at the gym. This left Lacey feeling neglected and unwanted. She claimed prior to having their daughter, they were intimate up to six times a day. Now, he seemed to not want to touch her. So she says. 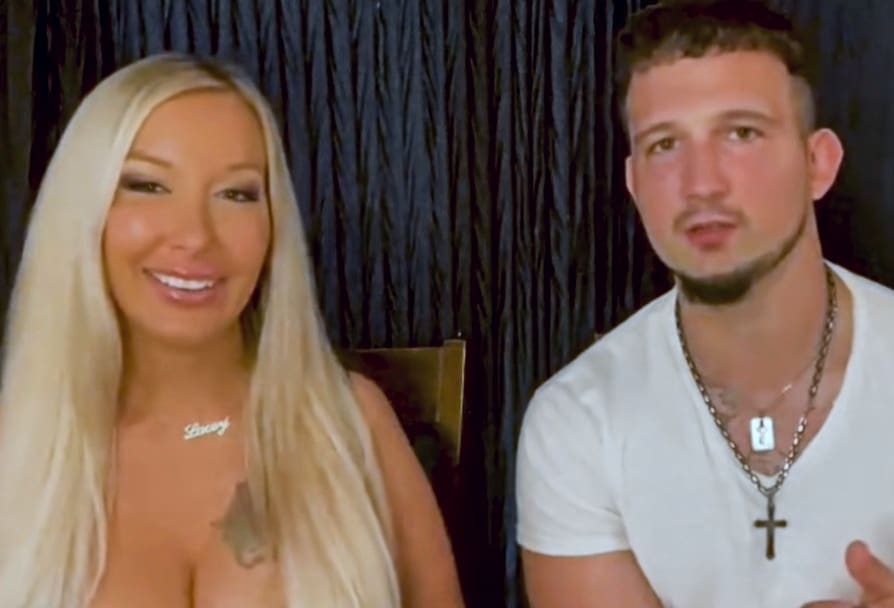 On a beach day with their friends, Lacey shared this information with her friends who quickly convinced her to look into his phone. She saw texts between Shane and some females which she deemed inappropriate. At the gym, she saw him interacting with them, as well and it made her feel uncomfortable. Ultimately, he had to take a lie detector test to prove he was not cheating on her, which he failed.

Throughout some of their troubles, Lacey had begun to reach out to her ex, John Slater. She had been courting both of them during her time of Love After Lockup but ended up with Shane. Yet, she always ran back to John when the going got tough. She did not like what the lie detector revealed about Shane. However, she omitted her correspondence with John. Now it appears she may have officially chosen the man for her but we use the word ‘appears’ loosely.

Is Lacey Back With John?

It appears Lacey and Shane are over. They both have deleted all traces of one another on their respective Instagram accounts. Recently, Lacey shared a photo of her and John but quickly deleted it. Yesterday, she posted a photo of a bouquet of flowers and tagged John in them. She did not take it down so quickly and the comments went wild.

John is the one man Lacey has never seemed to be able to quit, no matter how hard she tries. When there is a problem with Shane, she immediately runs back to him. It is unclear what the future holds for them or if viewers will actually see the demise of Lacey and Shane or is it all one big publicity stunt to keep Shane and Lacey upfront on the show?

Don’t miss new episodes of Life After Lockup Friday nights only on WEtv.