Bachelor in Paradise alums Ashley Iaconetti and Jared Haibon are expecting their first child in early 2022. The happily married couple is not sharing their son’s name just yet. However, they are sharing whether or not they would ever allow their child to go on a reality television show, specifically The Bachelor or The Bachelorette. Keep reading to find out what Ashley had to say about that future possibility.

Ashley Iaconetti, Jared Haibon share if they would allow their son on The Bachelor

Ashley is actually all for their son going on The Bachelor or The Bachelorette. She said, “Of course!” Ashley went on to say, “We get this question all the time, and we could never say that we wouldn’t because we found each other on the show, and we grew and matured a lot through the show. Both of us had really positive experiences so of course we say yes. I don’t necessarily want him going on any reality TV show. I don’t think we’ll support Love Island or anything, but The Bachelor? Yeah.”

She also said she’s finally feeling much better after being sick throughout most of her pregnancy. Ashley and Jared are expecting their son to make his debut in February. As for his name, that is remaining under lock and key. Ashley doesn’t want others to use it until she does. There has been tons of speculation that it could have something to do with Leonardo DiCaprio and his character, Jack Dawson on Titanic. Many think the chosen name could be Leo or Jack. 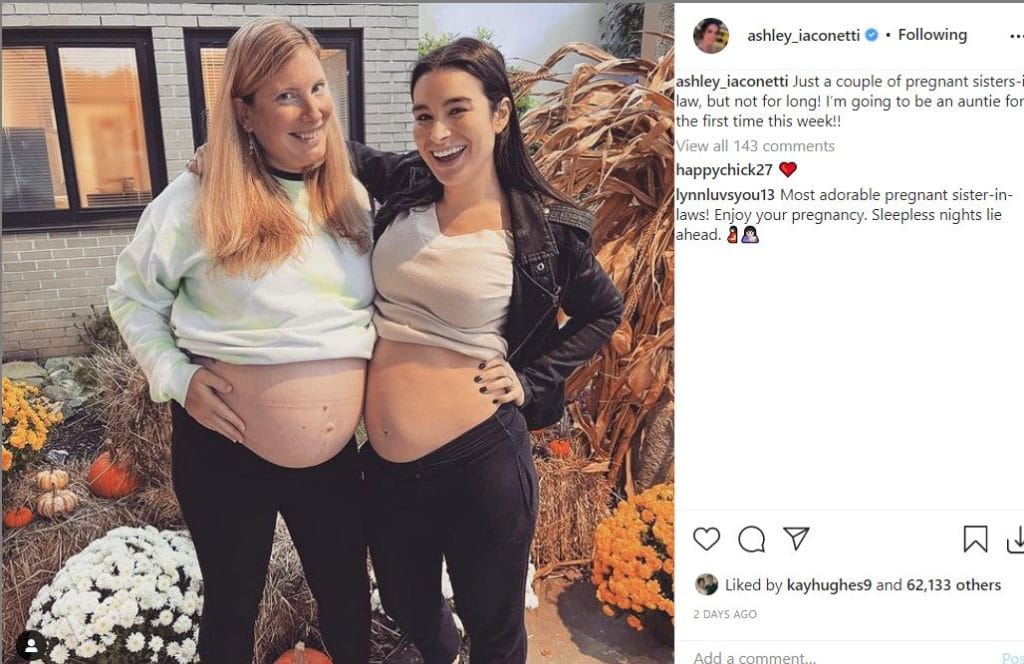 What she’s most looking forward to being a mom

Ashley also recently shared that she is about to be an aunt in the coming weeks. In fact, she shared a photo on Instagram with her and her sister-in-law.

What do you think about Ashley and Jared supporting their son being on The Bachelor if he chooses to do so?