New General Hospital spoilers hint viewers might want to buckle their seat belts with a wild ride on the horizon. Rumors have suggested at least one major cast member might depart soon. Now, it seems there may be multiple exits in the works.

The General Hospital Cast Is Supposedly In Disarray

Recently, sources started talking about Ingo Rademacher (Jasper “Jax” Jacks) departing General Hospital. Neither the show, nor the actor, confirmed that yet. Despite that, supposedly it is already a done deal. The issue at hand, it seemed, was the show’s COVID-19 vaccine mandate. Rademacher has been quite outspoken against vaccine mandates over the past couple of months.

There have been murmurs about other General Hospital cast members who may have initially balked at the mandate as well. From the sounds of things, the powers-that-be at GH may be ready to cut people loose over this, even if they are major cast members.

A Sticky Situation May Have Developed

On Wednesday, Twitter was ablaze as General Hospital fans buzzed over rumors of another departure. Once again, no official confirmations (or denials) have emerged yet. However, there is a lot of talk about Steve Burton (Jason Morgan) also leaving. The vaccine mandate reportedly factors in here too.

With Rademacher, it’s not tough to send Jax back to Australia. He’s left General Hospital before, and Jax doesn’t have much going on in Port Charles right now. Writing Jason out, however, would be trickier. Burton left in 2012 and the show killed off Jason. However, they later cast The Young and the Restless star Billy Miller to bring Jason back.

Then, things got complicated when Burton decided he wanted to return five years after leaving. The writers made Burton the “real” Jason, while Miller was suddenly a secret twin named Drew Cain. Not long after that, General Hospital seemingly fired Miller. In addition, they recently brought in All My Children star Cameron Mathison to bring Drew back. Given all that, the General Hospital writers might be in a tough spot if Burton leaves and they have to figure out what to do with Jason once more. 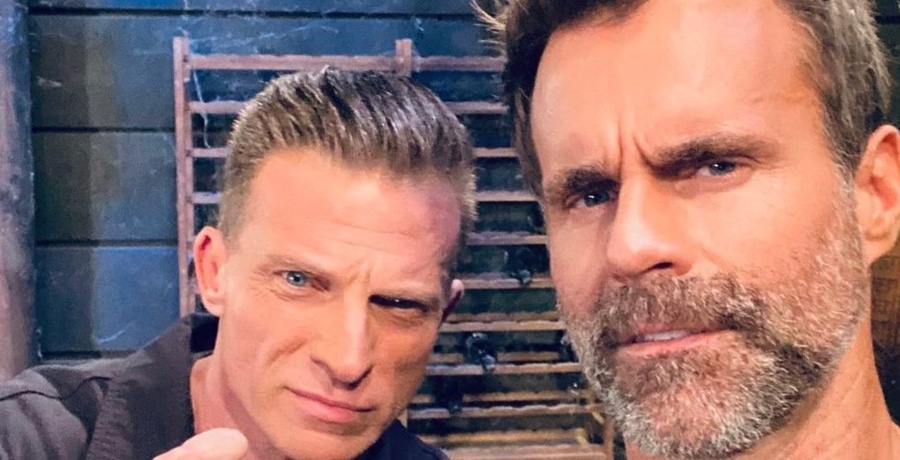 Other Exits May Be In The Works

TV Source editor Ryan White-Nobles teased his General Hospital followers on Twitter about the rumors. He stated “If what I just heard about #GH is true…I literally can’t even.” He followed up detailing, “To clear up: this is re: COVID policy compliance (well, non-compliance).” He added he got information from “Numerous trusted Sources,” but couldn’t name names until he could verify the scoop.

At the moment, Rademacher and Burton seem to be the two at the center of these rumors. Could there be others? Are these two really gone? General Hospital fans will be quite curious to see what comes of these supposed exits in the weeks ahead.

Courtney Waldrop Worried Sick Over Missing Child
Baby Mateo Roloff Sees Chiropractor, For What?
‘The Amazing Race’ Is Too Afraid To Go To These Countries
Hilary Duff Stars In ‘How I Met Your Father’: When Do First Episodes Drop?
Kody Brown Explains How Janelle Is His Sister?