Janelle Brown is squeezing in some “last-minute joy” before bailing on RV life for the season. This declaration has left Sister Wives fans scratching their heads as they didn’t realize living in an RV on the land was only a part-time thing for Janelle.

This isn’t the first time Janelle Brown has mentioned that RV life was only a temporary thing for her. As we previously reported, the Sister Wives star made it clear she wasn’t fully dedicated to the RV life. She admitted that once the winter season rolled in, she planned on bailing on her RV lifestyle. Turns out, it was only really a way she wanted to live during the warmer seasons.

A lot of Sister Wives fans were never particularly thrilled with Janelle living in an RV on the land. They didn’t think she was prepared for this type of lifestyle. They were worried about her safety. Janelle did the best she could to reassure concerned fans she was fine and knew what she was doing. She frequently showed photos of Kody spending time with her at the RV. And, she was happy and thankful to take the occasional advice from fans on certain things regarding this lifestyle.

She squeezed every last moment of joy out of the season

Janelle Brown is a woman who likes to spend time at the Farmer’s Market. She is always showing photos of the stuff she’s purchased or things she’s made after her shopping trips. Janelle admitted that she just took her last trip to the Farmer’s Market recently. 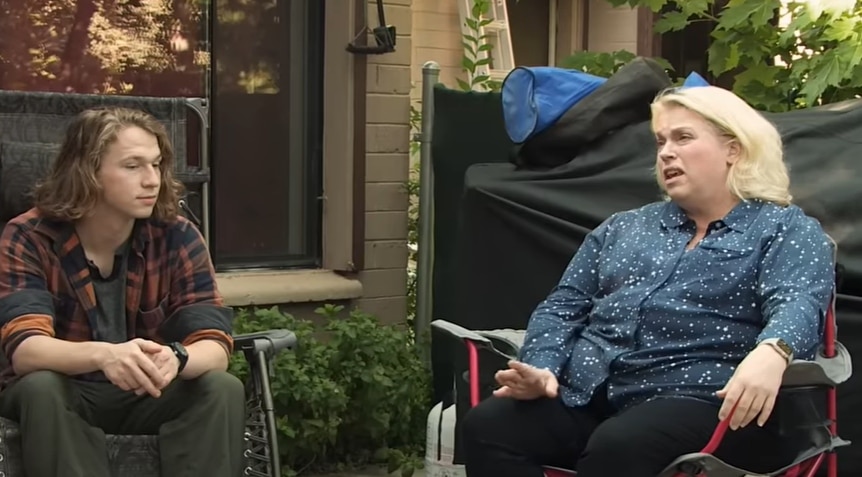 According to Entertainment Chronicle, her final Farmer’s Market purchase was a massive loaf of artisan bread. She revealed her plans for the bread in a post on Instagram.

Last farmers market of the season today. Bought this fun bread centerpiece from @proofbread. They said I can freeze it – so it will make its debut closer to the holidays. And yes it’s a gorgeous loaf of artisan sourdough bread.”

Sister Wives fans aren’t too sure where Janelle is going to go if she won’t be living in her RV during the winter season. Where do you think she’ll be staying?