The Bachelor is currently filming the 2022 season which will premiere in January. The show is back to traveling internationally after being in a pandemic bubble. Since traveling is happening, Reality Steve is back to giving out spoilers really fast. In fact, he already dished on who Clayton Echard gave his first impression rose to. Who is it?

Who did The Bachelor Clayton Echard give first impression rose to?

Clayton Echard will begin his journey as The Bachelor with 30 women. Reality Steve shared 33 women originally that Clayton would start the season with. However, Monday, he shared three never made it on the season.

Teddi is 24 and is from Redlands, California. Her Instagram profile, which is set to private, reveals she is a registered nurse. Not much else is known about Teddi just yet. Hopefully, more information on her will be released soon. 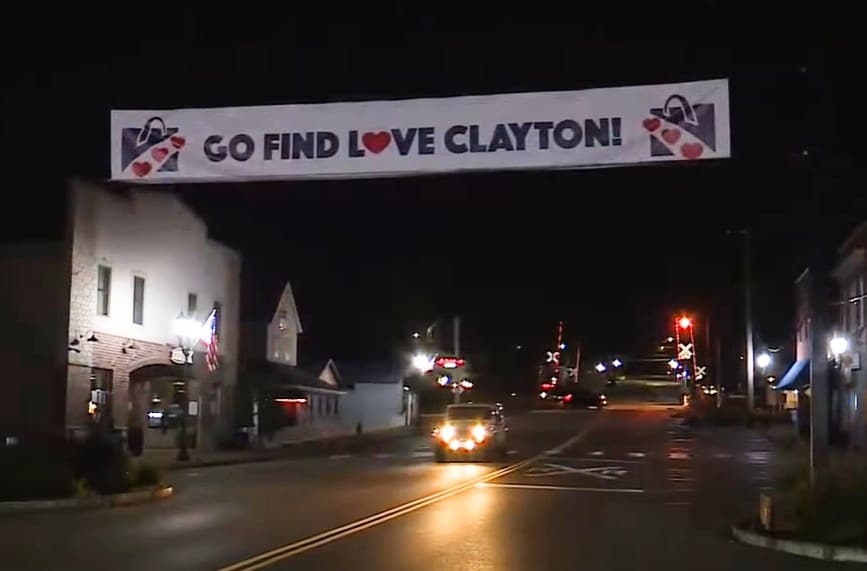 Clayton as The Bachelor

As previously stated, producers for The Bachelor took a risk casting Clayton Echard as the lead. Fans have not met him yet. However, they will see him for the first time during Michelle Young’s premiere of The Bachelorette. Her premiere airs Tuesday night, October 19, on ABC.

Clayton is a former NFL player and is now working in medical sales. He is from Eureka, Missouri. In fact, his town went all out for him and even hung the banner pictured above. He was in Eureka to film his intro video prior to beginning the season. Fans are excited to see Clayton and how he handles the role of The Bachelor.

Right now, Clayton is down to twelve ladies according to Steve. He is currently in Toronto and will be having another rose ceremony reportedly tomorrow night. Then, the cast and crew will head overseas for more dates and drama.

Steve has already dished that there will be villains this season. He went to Twitter and said, “The villains gonna vill on Clayton’s season.” He also shared the infamous 2 on 1 date is returning this season. One of the villains is said to be most likely going home during this date.

(SPOILER): While I did not know who got Michelle’s first impression rose until that group pic, I do know who got Clayton’s.

As for Teddi, fans will have to wait and see how far she makes it after receiving the first impression rose. Stay tuned for more updates and spoilers.