Melissa Joan Hart was definitely getting some attention after she shared a recent set of family photos on Instagram. Why? The celeb was spotted looking very ‘skelton-like’ in the snap. Should fans be concerned about her being all skin and bones? Read on to get the details about why Melissa looks so different.

Melissa Joan Hart Goes Out On The Town

Early Monday evening, former Sabrina The Teenage Witch alum posted several new photos on social media that definitely forced fans into a second look.  The celeb took to her Instagram account to share several snaps from her latest adventure out and about with her children.

Melissa comments that two of her boys came to visit her while in Los Angeles. The trio linked up with Young Sheldon star, Raegan Revord for a night out on the town. Melissa shares that they visited the Hall of Illusions, a fun maze of bizarre, larger-than-life optical illusions. The facility is a frequent hotspot for celebrities and social influencers seeking new photo ops for social content. 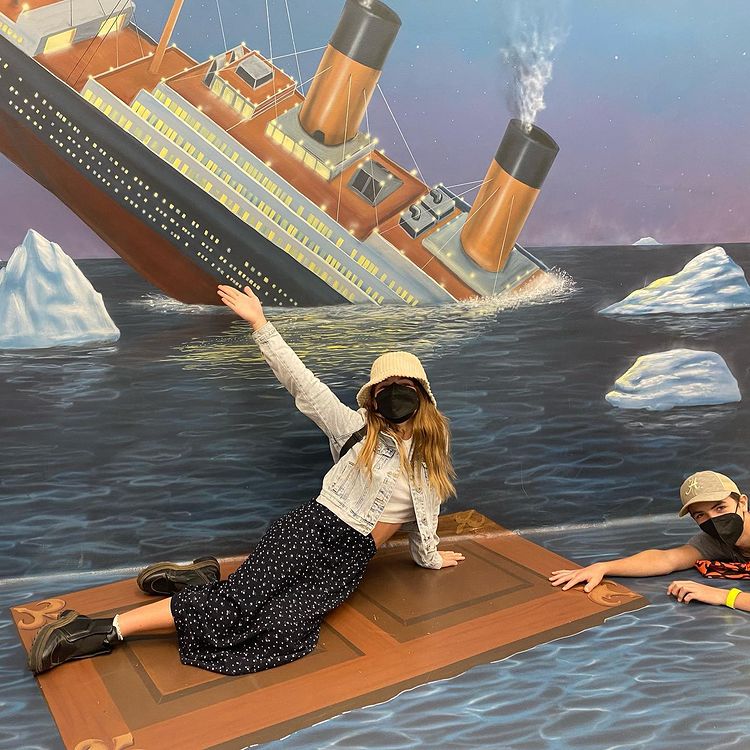 MJH Is All Skin And Bones

The Melissa and Joey star shared several fun snaps of her and her little clan posing amongst the different illusion setups. What made the night extra fun was that Melissa and her younger son were celebrated spooky month by dressing up in costume.

While many female celebrities pick costumes that are on the sexier side, Melissa chose a much more public-friendly costume. The celeb wore a pair of distressed and slashed black leggings under a loose-fit black shift dress that had a human skeleton printed on it. She styled her hair in a high ponytail that she dazzled up with a bright orange bow. She finished the look of super casual in a pair of black tennis shoes.

Hart’s youngest son, Tucker, opted to dress up as horror icon, Chucky the killer doll. He wore an ensemble complete with a long-sleeve rainbow striped sweater and faux denim-patterned overalls. The youngster also had his face painted with scratches and scars. He also wore a messy, chopped red wig in some photos, though he took it off later in the evening.

Between veteran actress, Melissa Joan Hart and young ingenue Raegan Revord, the photos from the evening were a hoot. The group created a fun story pose with every scene. In one snap, all of them are standing on a thin building ledge, high above a city.

In another shot, Raegan and Tucker are laying in a river, the two hold hands as Raegan ‘tries’ to pull them to the bank, only to be met by a massive rattlesnake.

In yet a third shot, Raegan and Melissa’s oldest son are posing in a Titanic-themed illusion. The young actress lays on a ‘floating door’ painted on the floor while Melissa’s son lays with his body out of the shot and his arms desperately grasping the door. The iconic Jack and Rose reference was adorable and even made fans muse that they might make a cute couple someday.

Stay tuned to Tv Shows Ace for all the latest on your favorite television celebs.