Chrisley Knows Best star Chase Chrisley has an unexpected twin. Keep reading to find out who the reality television star bears resemblance to.

However, Chrisley Knows Best fans still feel like they know Mr. Chrisley. This is because members of the family regularly share fond memories of Todd Chrisley’s dad on social media.

For example, Savannah Chrisley made a sweet post to mark 8 years since her grandfather passed. In the caption, she lists things that she’ll never forget about her grandfather. The caption reads as follows:

Today marks 8 years without you… I will never forget your smell… your laugh… your hugs… and all of our singing in the car! I miss you more than anything in this world… wish I couldn’ve had a few more years with you.

Todd Chrisley also takes to Instagram to tell fans about his dad. Todd shares a picture of his dad in his military uniform. In the caption, he explains that he found the photo. Todd dotes on his dad and explains that he’s proud of his dad’s sacrifices. This is because Gene Raymond Chrisley joined the army at only 16 years old.

Chase Chrisley is his grandfather’s twin

In the comment section, fans bring up an observation. Todd’s sons, Chase and Grayson, greatly resemble their grandfather. Not only that, but one fan mentions that Lindsie Chrisley’s son, Jackson, looks like his great-grandfather.

Some of the comments about which of the Chrisley men resembles Gene Chrisley are below: 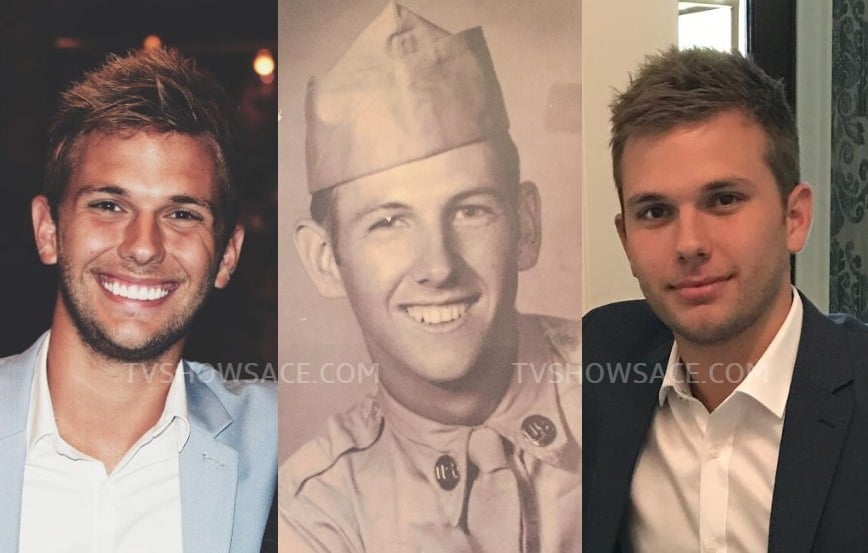 Chase isn’t the only one with a twin

It seems that Chrisley genes run strong. Fans often mention how much Savannah Chrisley is just a female version of her dad. In another TV Shows Ace report notes that Chase is picking on Savannah for looking like a flamingo. When Todd Chrisley walks in, Savannah asks her dad. He says, “I think you look stunning. You look like a female version of me.”

Who do you think most looks like Gene Chrisley? Share your thoughts with us in the comment section. Make sure to come back to TV Shows Ace for more Chrisley Knows Best news.

Don’t forget that the Chrisleys have a new time. Tune in to USA Network Thursday nights at 8:30/7:30 c for a new episode of Chrisley Knows Best.