The Season 16 trailer of Sister Wives that just dropped featured an emotional side of Christine Brown that fans weren’t ready for. Early on in the trailer, Christine admits that some of her interaction with Kody and his other wives is nothing more than her pretending at this point in time. She isn’t interested in living on the property anymore and it doesn’t sound like she wants this family anymore. 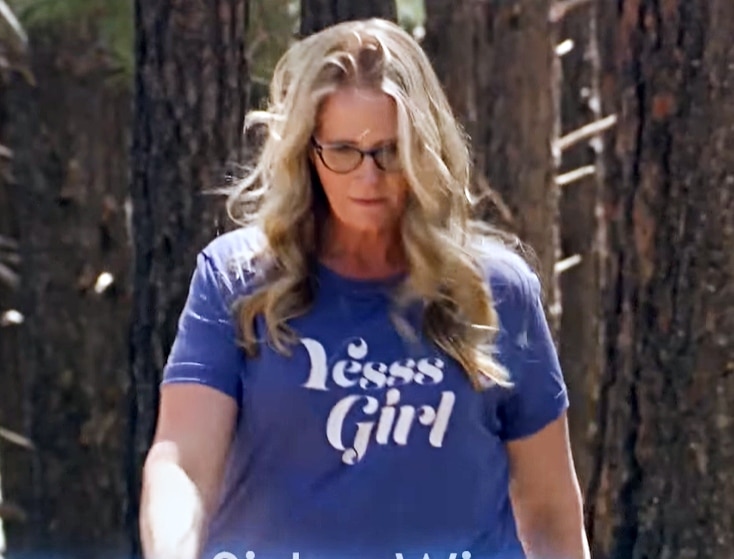 Christine Brown pretends to be involved in the process

The Sister Wives Season 16 trailer shows the four wives and Kody coming together to discuss building on Coyote Pass. They are breaking down the different lots. Discussing who will live where. Christine Brown can be heard saying the best she can do is pretend to be involved in the process. She, however, has no interest in setting up roots with Kody and his other wives on the land.

There might’ve been a time where that was the life she wanted… But, that isn’t the life she wants anymore. Turns out, there is something else she wants more. She wants to move back to Utah. As we suspected before, Christine Brown wants to be closer to her children.

Sister Wives fans suspect Robyn coming into the family was the beginning of the end for Kody’s marriage with his other three wives. As things continue to fall apart around him, his relationship with Robyn and her children seems strong as ever. Even Christine calls attention to the struggle. She notes that she doesn’t understand how she’s expected to live somewhere and be part of a dysfunctional marriage while watching that same man walk across the land to be with someone else in a completely functional marriage.

Christine added that she doesn’t know anyone who would be willing to continue to be in a dysfunctional relationship while watching someone bein functional with someone else.

Sister Wives fans are heartbroken for Christine Brown as she’s clearly struggling with her marriage falling apart. Fans genuinely believe Christine loves her husband Kody. But, they just think she’s sick of competing with Robyn to be in a functional relationship with him too.