Maddie Brown and her husband Caleb Brush are interested in having another baby. In her recent Instagram Stories Q&A session, she made it clear she was excited to have more children. She, however, didn’t clarify how many more children she wanted. Many Sister Wives fans admit it is admirable of them to want more children given the medical challenges that have come with the two children they already have.

After learning Maddie and her husband Caleb did want another baby… Sister Wives fans wondered if their new baby would also be at risk of having FACTO. Was this a genetic condition?

As we previously reported, Maddie Brown Brush has got candid about her daughter Evie’s condition a few different times.

Being such a rare condition, there is a lot that isn’t known about FACTO. But, Maddie Brown did her best to answer the question on her Instagram Stories. 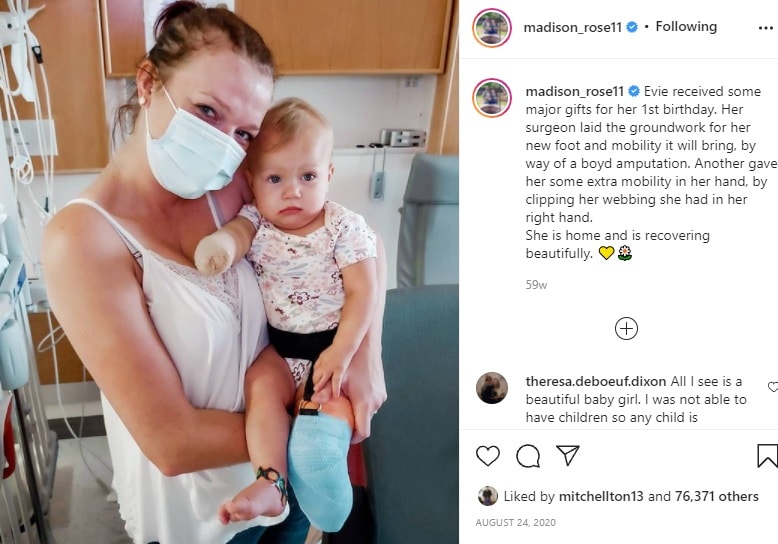 Wait, what is FACTO anyway?

Fibular aplasia, tibial campomelia and oligosyndactyly a.k.a. FACTO is a rare genetic condition that hinders proper bone development. Maddie Brown Brush was very open about her daughter’s condition on Instagram.

When Evie was born, Caleb and I found out our precious little girl was missing more than just one finger. She was missing three fingers, a toe and her fibula. She also had a bowed tibia, a shortened forearm and some fusing in her fingers. It was at this point, the doctors diagnosed her with FATCO syndrome.”

The condition forced Maddie and Caleb to make a difficult decision. The couple decided to amputate their daughter’s foot. A decision they received a fair amount of backlash for. Maddie, however, has repeatedly reassured her followers a heavy amount of research went into this decision. Research that included speaking to others impacted by this condition. 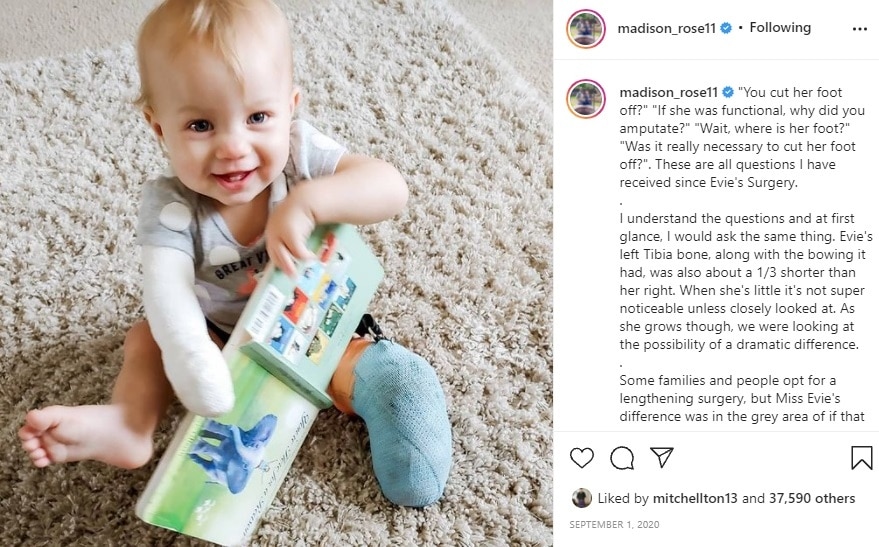 Could Maddie Brown Brush and Caleb’s next baby have it?

By definition, FACTO is a genetic condition. Does that, however, mean any additional children they have are at risk of having FACTO as well? Fortunately, Maddie did the best she could to offer a little information on this during a recent Q&A session on her Instagram Stories.

Maddie Brown Brush explained that FACTO is “classified” as a “genetic anomaly.” She proceeded to explain they weren’t really sure why Evie had FACTO.

In Evie’s case nothing that they know of caused it. It’s genetic as in it wasn’t in utero but they can’t tell where her generic make up would have caused it. Genetic is a rapidyl changing field and discoveries are made every day. One day we may have an answer, or for now, it’s just something that randomly happened in her genome.” 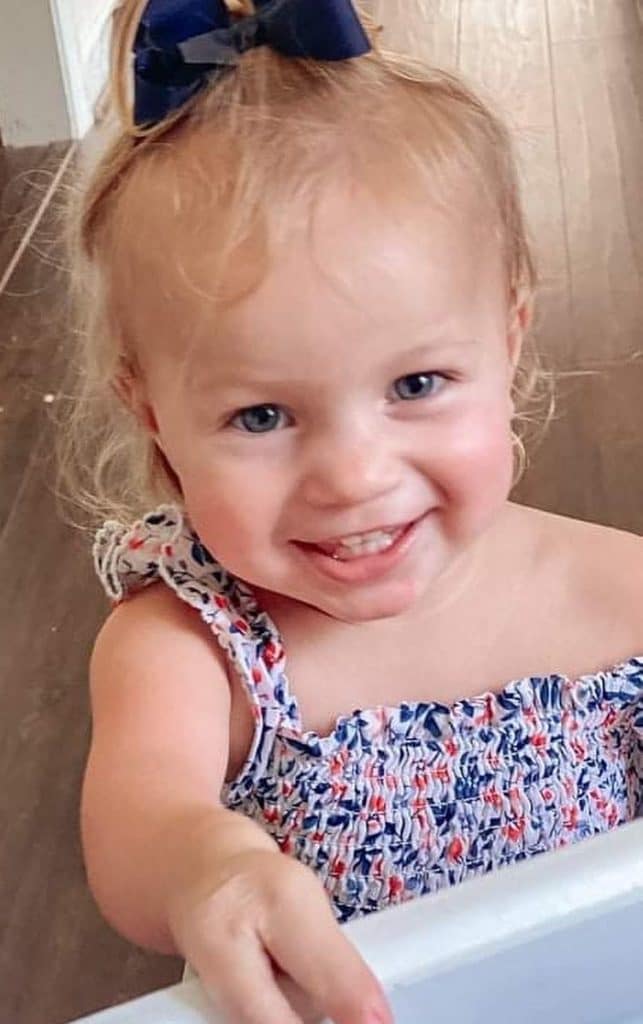 FACTO is an exceptionally rare condition. So, it would be extremely unlikely that Maddie and Caleb Brush would have another baby with the condition. But, it isn’t impossible. Just highly unlikely.

Do you think Maddie Brown and Caleb Brush worry about what medical conditions their next baby might have? Share your thoughts with us in the comments down below. And, keep coming back for the latest on the Sister Wives family.

Britney Spears Arches Her Back While Nude In The Bath
‘RHONJ’ Fans Want Teresa Giudice To Go Back To Her Old Ways
Lifetime’s ‘Record Breaking Christmas’: All The Details
‘The Masked Singer’ Finalist Made History This Season
‘Law & Order: SVU’ Detective Mark McDaniels Looks Familiar, Why?