In case you have been under a rock, Squid Game has taken off. Season 1 aired on Netflix on September 17. The Korean thriller quickly became a fave. It is on track to become the most sampled series ever. It may even surpass another powerhouse of Netflix, maybe you heard of it, Bridgerton.

As with most popular Netflix shows, Squid Game has that something new. It captures the attention of both old and young. In addition, the concept is eerie and creepy. This is something that Korean movies do very, very well. As stated, season 1 debuted and the success is phenomenal. The question of if there will be a Sason 2 is currently on the table. 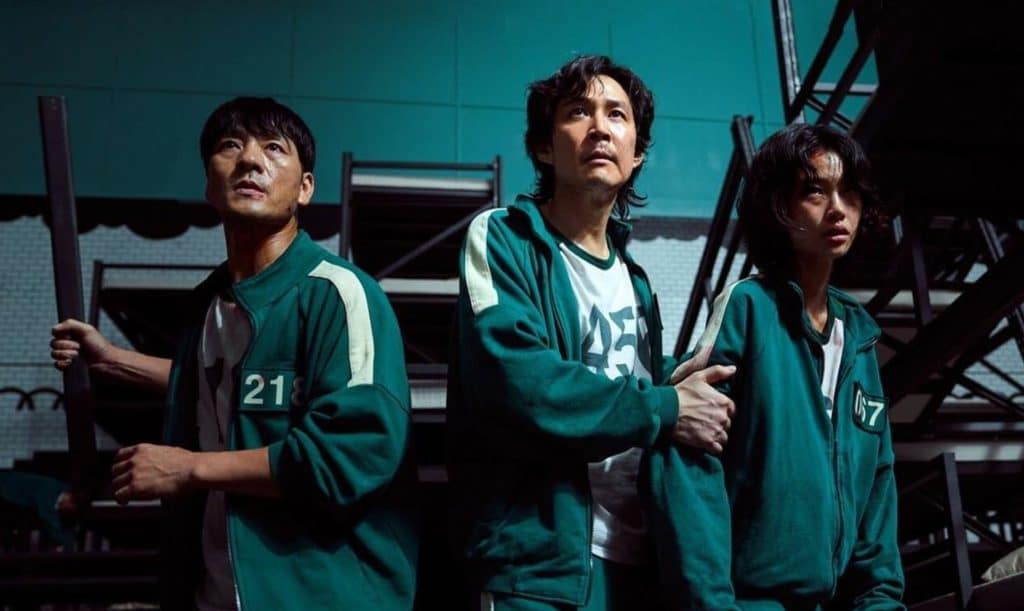 God love Netflix, sometimes they get it right and sometimes they get it wrong. But this time the fans want more. More Squid Game. But it is up to the writers, Netflix, and the other powers that be, to decide. This will leave the fans in question and wondering for quite some time.  There have been campaigns, in the past, that brought back other shows. Manifest will get a final season and Lucifer just ended its successful run. Both of these shows received second chances because fans demanded it.

The show’s writer/director Hwang Dong-hyuk has other projects that he is working on. Bela Bajaria, Netflix’s Global TV chief states. “We are trying to figure out the right structure for him.” Netflix sounds upbeat, but we mere mortals still don’t know for sure. The anticipation will undoubtedly flood social media for weeks or months. As for Hwang, he believes that a Season 2 would require other writers and directors. It may even take on another path. Introducing a new plot level to the already twisty Squid Game. That will surely have the fans in a frenzy. As a matter of fact, will heighten it. Either way, for those of you who have yet to experience the series. There is still time.

What is Squid Game?

Netflix stepped up their game with this one. This foreign thriller has a lot of aspects to it. Struggling, bumbling father, a daughter that he lost during the divorce and, a game that is almost impossible to win. The dubbing is a bit sketchy just choose early on if you want to hear it or read it. Otherwise, it is an interesting and colorful series to watch.

Now back to Season 2. Squid Game has become the most viewed series across 90 countries. Netflix co-CEO Ted Sarandos admitted that the show’s popularity blindsided them. They didn’t expect the level of success that it breached. Think about it, a room full of people who are heavily in-deb choosing to play kids’ games. Oh and the prize is the chance to eliminate their debts.

At this point, the only thing we can do is wait and see what happens. Until then, you can catch Squid Game on Netflix.