Below Deck Med star Captain Sandy Yawn discussed Malia’s sexuality. Last summer, the Bravo star made headlines for her bizarre Cameo video. The fan-requested clip showed her cracking a joke about Malia being gay. At the time, the bosun split from her ex-boyfriend, Tom Checketts.

The Cameo video immediately went viral on social media. Sandy received backlash for outing her fellow crew member. This led Malia to release a PSA via her Instagram account. Shortly thereafter, Sandy apologized for making the insensitive comments in the video.

Now, she’s opening about that controversial video that got her in a bit of trouble.

The viral video showed the captain discussing Malia White’s supposed sexuality. During Season 7 of Below Deck Mediterranean, Malia opened up about her sexuality and shared that she hooked up with both men and women. Fans witnessed one of her hookups with former chief stew Hannah Ferrier in Season 2. Captain Sandy got backlash for outing the bosun in a video uploaded to Cameo.

Sandy said it was a joke and she didn’t expect the video to get so much attention. However, she has used this controversy as a learning opportunity. From now on, she will be more cautious about what she says. A fan requested Sandy to make the video, including the joke itself.

“It was a cut-and-paste job. It wasn’t supposed to be seen by the general population,” Captain Sandy Yawn told Us Weekly. “Things could have been handled differently.”

Nowadays, the television personality wants to focus on her Lead-Her-Ship Tour. Sandy loves to use her social media to share inspirational messages with her fans and followers. This is an extension of that. The tour will take Sandy away from the sea for a little time.

Was Malia White mad at Sandy?

As fans know, Malia White and Captain Sandy Yawn are close. Following the controversy, the Below Deck Med star shared that they “spoke right away.” However, she did not share the details of their conversation. Sandy went on to share her thoughts on Malia becoming a captain.

“This is why I know she’ll make a fantastic captain,” Captain Sandy Yawn explained. “She knew right away. I expressed regret… She also seen the original video. That’s why she’ll be an excellent captain. You know, she gets the facts. She’s on the right track on her profession, and I’m proud of her. I don’t give a damn what people think of her. She is pursuing a career. She’s concentrated.” 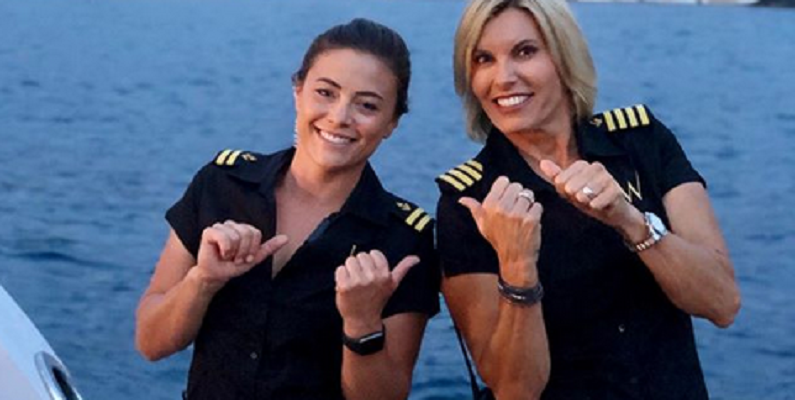 In an interview with Us Weekly in July, Malia shared her feelings about the Cameo controversy. She just wished her boss understood the “ramifications” of her comments. Outing someone is never funny as it can affect the rest of their life and their interpersonal relationships.

“I think she thought, ‘Well, I was just kidding,’ and she didn’t comprehend the ramifications that would have for me and my family and friends,” Malia White said. “So she apologized, and I told her, ‘It’s not a big deal.’ It was simply not something I required.”