Many fans were disappointed with Tuesday night’s episode of Bachelor in Paradise. They had the very first prom on this week’s episode. Noah Erb and Abigail Heringer went together and she even had plans to tell Noah she loved him. However, Noah messed things up when he said he loved her but didn’t know if he was in love with her. The two who had been deemed the strongest couple on the beach broke up and went home single. They didn’t make it to the finale which airs next Tuesday. However, fans are wondering if the two rekindled their relationship post-Paradise. Keep reading to find out more.

Are Noah Erb and Abigail Heringer together post-show?

In recent weeks, Noah Erb and Abigail Heringer have seen together at mutual events including The Governors Ball Music Festival in NYC. No biggie right? There were other Bachelor alums present as well. Rumors are also flying that the two were wearing the same necklace in different photos shared on Instagram.

Plus, according to Women’s Health, a Reddit user said they overheard Abigail on a phone conversation gushing about her “man.” They reportedly heard Noah’s name tossed around.

Reality Steve shared a photo Friday of Noah Erb and Abigail Heringer once again together. This time they were seen in Tulsa, Oklahoma. Remember, Noah is from Tulsa. The two were grabbing coffee. Steve tweeted, “Noah and Abigail at Coffee House on Cherry St in Tulsa, OK earlier today.”

It remains to be seen if these two are dating or decided to be just friends. 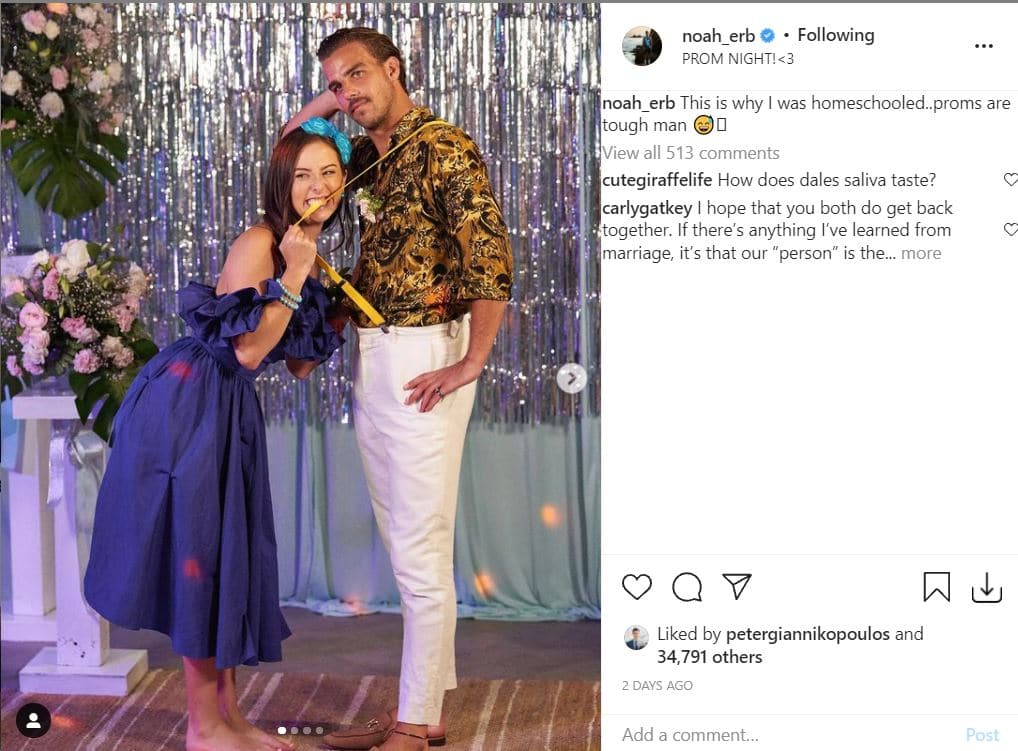 Abigail in the middle of Clare Crawley, Dale Moss drama

Clare Crawley broke her silence in the middle of news that she and Dale Moss once again split. Rumors began flying that Abigail had hooked up with Dale when he and Clare were on a break. Clare had tagged Abigail in her post. However, a bit later she was untagged.

Neither Clare nor Dale have spoken out about their newest split. Sources say this time it’s for good. Clare announced she is focusing on her mother who has been placed in hospice care in Sacramento.

New reports are surfacing saying Abigail and Dale never were romantically involved. In fact, a source in a new US Weekly article says Dale is friends with Abigail and “her boyfriend.” Interesting choice of words. Is the source referring to Noah Erb?

‘Love During Lockup’ Season 2 Returns, When Does It Start?
Zach ShallCross Opens Up About His Role As ‘The Bachelor’
‘Jeopardy!’ Fans Slam Mayim Bialik For Being ‘So Cringe’
Money-Strapped Pumpkin Shows Off New Pricey Splurge
’90 Day Fiance’ Paul Staehle Strips Down To Black Adult Diaper?