Amber Johnston posted a photo of Emma and Alex that left 7 Little Johnstons fans a little confused yesterday. The photo featured Emma and Alex dressed as characters from Wreck-It Ralph. But, she quoted Toy Story in the caption. So, fans of the TLC series weren’t sure exactly what the theme of the photo was supposed to be. Fortunately, Emma Johnston took to her own Instagram Stories to post a few beautiful snaps of herself rocking her Vanellope von Schweetz costume. Fortunately, her selfies also cleared up the confusion 7 Little Johnstons fans were feeling.

On her Instagram Stories, Emma Johnston posted a few snaps of herself rocking her Vanellope von Schweetz costume. In one snap, she had her lips pursed. In a second snap, she was flaunting a huge smile on her face. She had one hand pushed in her front pocket. The other was holding her phone as she snapped the picture.

Her caption revealed it was Day 3 of her homecoming week. And, she also spilled what the theme for the day actually was. She noted it was Disney Duo. So, she dressed up as Vanellope von Schweetz and her brother dressed up as Wreck-It Ralph. This didn’t exactly explain why Amber used Toy Story‘s song lyrics in the caption. But, at least fans understood what the theme was now. 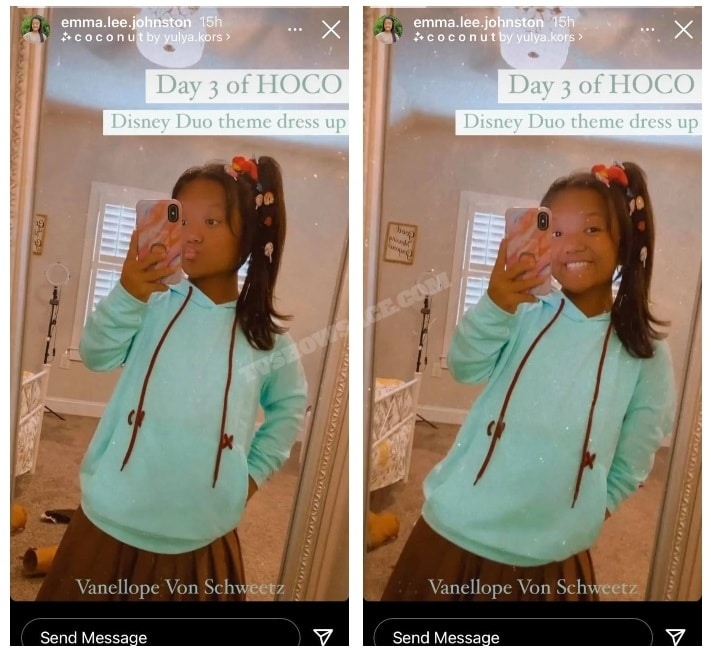 The Day 4 theme for today involved ABCs. The kids were supposed to wear an outfit that was related to the first letter of their names. Alex was dressed as an apple computer. Emma was rocking an egg costume. They both had huge smiles on their face as they were ready to embrace Thursday.

7 Little Johnstons loved both costumes. Though, they did agree Alex’s costume looked like it would be a little easier to navigate the halls while wearing compared to Emma Johnston’s.

“Mr. Apple & Ms. Egg,” one follower jested in the comments. 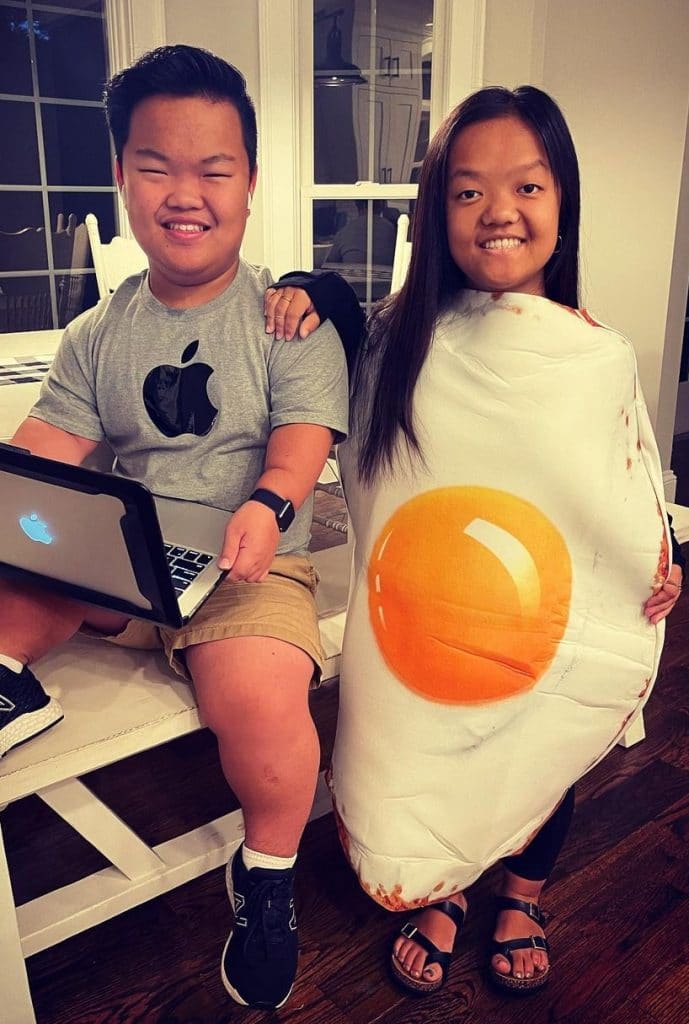 Another follower chimed in to thank the person for the comment above because they weren’t exactly sure what Emma Johnston was dressed as.

Are you happy Amber Johnston and Emma are sharing snaps of their themed costumes on Instagram for fans? Were you confused by yesterday’s theme as well? Share your thoughts with us in the comments. And, keep coming back for the latest on the TLC family.