During a recent episode of Chrisley Confessions, Todd Chrisley opened up about when Nic Kerdiles and Savannah first started dating. Turns out, Nic Kerdiles made a pretty big mistake one of the first times he met the family. What was it that he did wrong? Keep reading, we’ve got the scoop.

It is no secret that Todd Chrisley loves Nic Kerdiles. During a recent podcast episode, he admitted that even though Savannah and Nic broke up for a period of time… Todd did NOT consider himself to be broken up with Nic. Turns out, things would have been pretty awkward if Savannah Chrisley started dating someone else. Todd considers Nic to be a part of the family. And, he still planned to invite him to family functions and holiday meals. But, those who follow the family on social media know Savannah and Nic got back together recently. In fact, some think they might even be living together at this point. 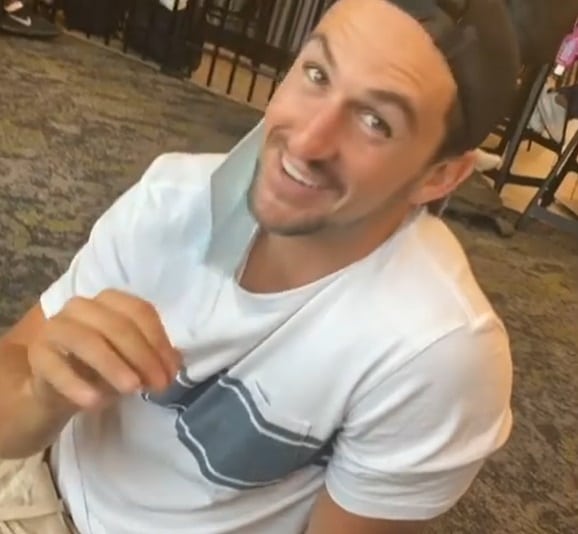 That being said, Todd Chrisley admits that Nic Kerdiles made a pretty big mistake when he started dating Savannah. It wasn’t necessarily something he did wrong with Savannah. But, something he did when meeting the family that Todd assumes he regrets greatly.

What was Nic Kerdiles’ big mistake?

Todd Chrisley explained that after the family had a meal together while meeting Savannah’s boyfriend… Nic Kerdiles ended up helping with the clean-up. This included assisting Julie Chrisley in washing the dishes. Todd reveals this was a huge mistake on Nic’s part. Now, it definitely looked good to both Todd and Julie. But, Chase and Grayson just saw it as something to take advantage of.

Todd explains that Grayson and Chase now make a habit of disappearing immediately after dinner. He noted they always have to use the bathroom or do something important. So, Nic Kerdiles gets stuck doing the clean-up and dishes after each family meal. So, Todd believes if Nic could go back in time he would undo this huge mistake.

Do you think Todd Chrisley is right? Does Nic Kerdiles regret showing Chase and Grayson he was willing to help their mother with the dishes after dinner? Share your thoughts with us in the comments. And, keep coming back for the latest on Savannah Chrisley’s family.