Emma and Alex Johnston were all smiles in their mother Amber’s latest Instagram update. Turns out, they have a pretty big week ahead of them. What’s going on with the 7 Little Johnstons family? Keep reading for all the details. 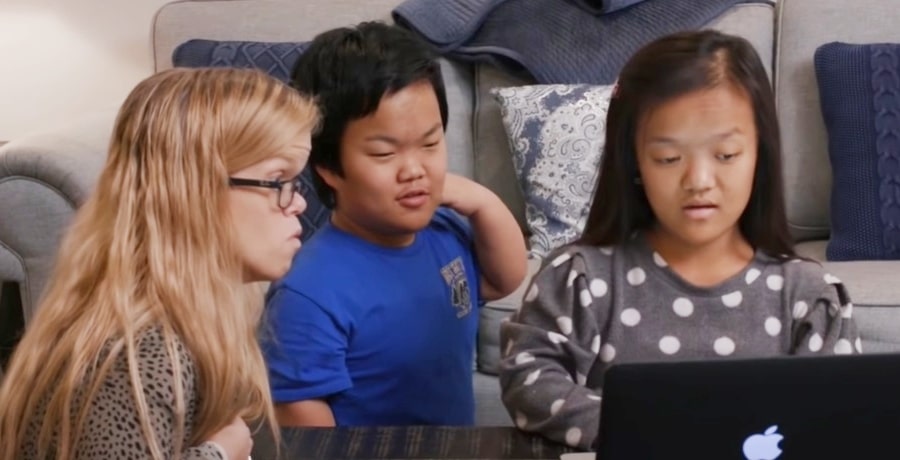 7 Little Johnstons: Emma and Alex Johnston are all smiles

Amber Johnston took to Instagram pretty early this morning to share a sweet photo of Alex and Emma. The brother and sister were all smiles as they prepared to embrace the week. Turns out, this was a pretty big week for the Johnstons. According to Amber’s Instagram post, this was homecoming week for Emma and Alex! 7 Little Johnstons fans can assume their school was embracing a spirit week with themed days in honor of homecoming. This is a pretty typical way that schools celebrate homecoming.

Emma and Alex Johnston appeared to be rocking Hawaiin-themed clothing. So, fans assumed it was the theme of the day at their school. Amber kept the caption of her post pretty simple noting nothing more than it being homecoming week for her children. Both Alex and Emma had huge smiles on their faces. Emma had her hand firmly placed on her waist as she was clearly ready to embrace both the day and the week.

Despite their young age, both Emma and Alex Johnston do have Instagram accounts. Emma, however, is significantly more active on social media than her brother. Moreover, she also has nearly twice as many followers. As we previously reported, Emma Johnston is actually worth a pretty large some of money as she uses her Instagram following to manage several different business opportunities.

Her most profitable business, however, is her jewelry that she sells through Etsy. Emma is also extremely active on TikTok where she’s gained a pretty large following as well.

Likewise, fans can also follow Amber Johnston on Instagram to get updates on what’s going on with her family and her children. In the comments of her post, fans really seem to want to know when a new season of the series is coming out. Fortunately, we know a new season of 7 Little Johnstons has been confirmed. And the release date is right around the corner.

Are you excited for Emma and Alex Johnston as they embrace homecoming week? Can you believe how grown they are? Share your thoughts with us in the comments. And, keep coming back for the latest on the Johnstons.