Former Bravo star Vicki Gunvalson has yet to change her beliefs when it comes to the COVID-19 vaccine. The reality star continues in her mission to spread her thoughts concerning the vaccination. Everyone, including celebrities, is entitled to their feelings and beliefs when it comes to their health. It is scary a time in which we live. It’s fair to say that navigating ourselves through a pandemic is something most of us never imagined having to deal with in our lifetime.

But, one former RHOC star is making it her mission in life to share her beliefs with everyone she comes across these days. Vicki Gunvalson recently wrapped up filming for Real Housewives Ultimate Girls Trip Season 2 for Peacock, and according to Page Six, it was a real nightmare for everyone involved.

Vicki Gunvalson Is Not Backing Down

Gunvalson,59, allegedly made all the other wives and film crew really uncomfortable. Vicki reportedly began picking fights with the cast from day one, per the show’s source. Cast members Dorinda Medley and Vicki would engage in heated arguments daily. Finally, Vicki shocked everyone, bluntly stating that “Everyone who got the vaccine is going to die.”

Sources tell Page Six that Vicki Gunvalson “wouldn’t stop fighting” and really got into it with Dorinda. The informant adds that Vicki’s strong point of view against the vaccine has “nothing to do with religious reasons.”

“She just kept saying, ‘Everyone who got the vaccine is going to die!'”

The reality star remains very opinionated despite the CDC and FDA approval that COVID-19 vaccines are safe and known to maximize protection from emerging variants — including Delta — while possibly preventing the virus from spreading to others. Peacock’s Season 2 of RHUGT filming took place at Medley’s Blue Stone Manor estate. The filming lasted a total of eight days, with the ladies just wrapping up a few days ago. 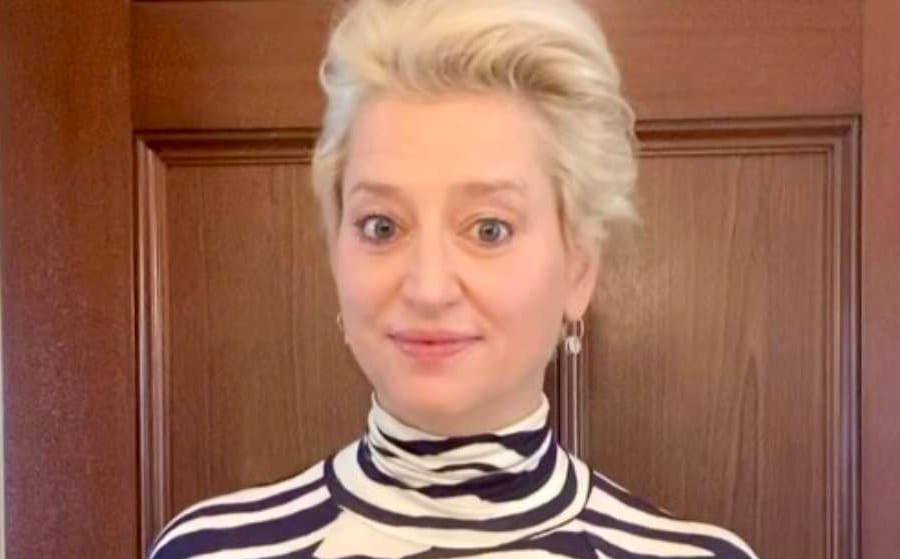 Vicki has been very open all along about her feelings for the COVID-19 vaccination. Things took a bad turn for Gunvalson earlier this year after her son Michael Smith posted via Instagram receiving his vaccination. One Instagram user asked Smith what his famous mother thought about him getting the vaccine as they had heard she was against it.

Despite the letdown that Smith claims Vicki feels about his decision, it has not slowed her down. There is a lot of drama that went down among the wives during RHUGT. However, sources claim Vicki and Dorinda’s disagreements about the vaccine “certainly stood out the most.”

Tamra And Vicki Together Again

According to Daily Mail reports, sources close to Vicki revealed that the reality star had tested positive for COVID. Sources teased, “It will likely be a big storyline. The show is going to be incredible. The crew captured great stuff.”

Gunvalson, 59, refuses to confirm whether she had tested positive for the virus. “I have underlying issues, I cannot get the vaccine. I’ve got blood clots, I have a health exemption,” states Gunvalson.

So far, Vicki Gunvalson is not responding to the publication’s request for comment. But, again, Vicki’s appearance on the upcoming Peacock’s RHUGT will be interesting and controversial, to say the least.