The Bold and the Beautiful spoilers for September 27-October 1, 2021, reveal another Steffy Forrester and Sheila Carter showdown that leaves Sheila knowing what she has to do.

The Bold and the Beautiful Spoilers: Has Sheila Met Her Match?

Sheila Carter (Kimberlin Brown) swears she has changed and nobody wants to believe her, but her actions show otherwise. Sheila and Steffy Forrester (Jacqueline MacInnes Wood) have another showdown in Steffy’s living room where Steffy asserts her authority and tells her that Finn (Tanner Novlan) has vowed to stay with her and stay away from his biological mother. She warns Sheila to stay away and Sheila accuses her of being just like her grandmother, Stephanie Forrester. Steffy takes this as a compliment although it’s not meant to be one.

When Sheila leaves, we learn she has a partner-in-crime and she admits she knows Steffy is the only thing standing in the way of getting who and what she wants so she is just going to have to remove Steffy from the picture no matter what it takes. Does Steffy even remotely realize who she is dealing with here? This woman is crazy and even when she tries not to be, she can’t help doing crazy things.

Later in the week, Finn ends up finding a friend in Hope Spencer (Annika Noelle) now that Paris Buckingham (Diamond White) is gone, as Steffy spends some quality time with Liam Spencer (Scott Clifton). This does not sound like a good idea at all, but isn’t this the way it always goes when it comes to Steffy and Liam? Here we go again. 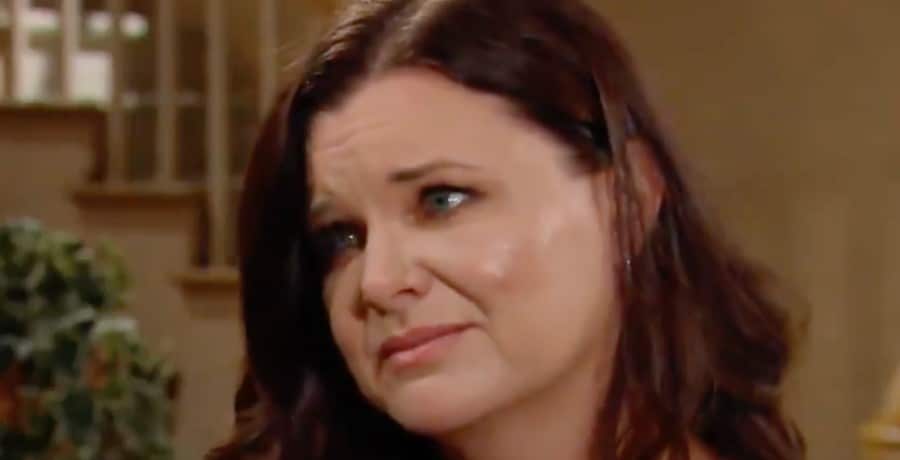 With Justin Barber (Aaron D. Spears)  barging in on Quinn Forrester (Rena Sofer) and Carter Walton (Lawrence Saint-Victor)  and finding them in bed, Eric Forrester (John McCook) finds he has a lot of explaining to do to just about everyone. He doesn’t want to admit that he is the one who pushed Carter and Quinn together for what he thinks is a very good reason, but he eventually confides in Katie Logan (Heather Tom). Will she be a good sounding board for him and how will her sister Donna Logan (Jennifer Gareis) even feel about this considering she is still in love with her honey bear? This could be a surprising triangle we never expected.