RHOBH star Lisa Rinna is not happy to co-star Sutton Stracke’s recent comments about her. However, Lisa wastes no time replying to Sutton’s accusations.

The cat claws are out where Lisa Rinna is concerned. She responds to Sutton’s accusation that she and Harry Hamlin were her guests during a past Elton John charity event. Sutton’s Wednesday appearance on What Happens Live with Andy Cohen appears to have opened up a new can of worms between herself and Rinna.

Stracke responds to Andy Cohen’s questioning over Lisa, claiming she felt Garcelle should officially thank her husband Harry Hamlin for his sauce recipe according to Bravo.com. Sutton rolls her eyes and reveals that if Lisa wants to get picky, then she owes her a big thank you for inviting her and Harry to the Elton John gala as her guests. 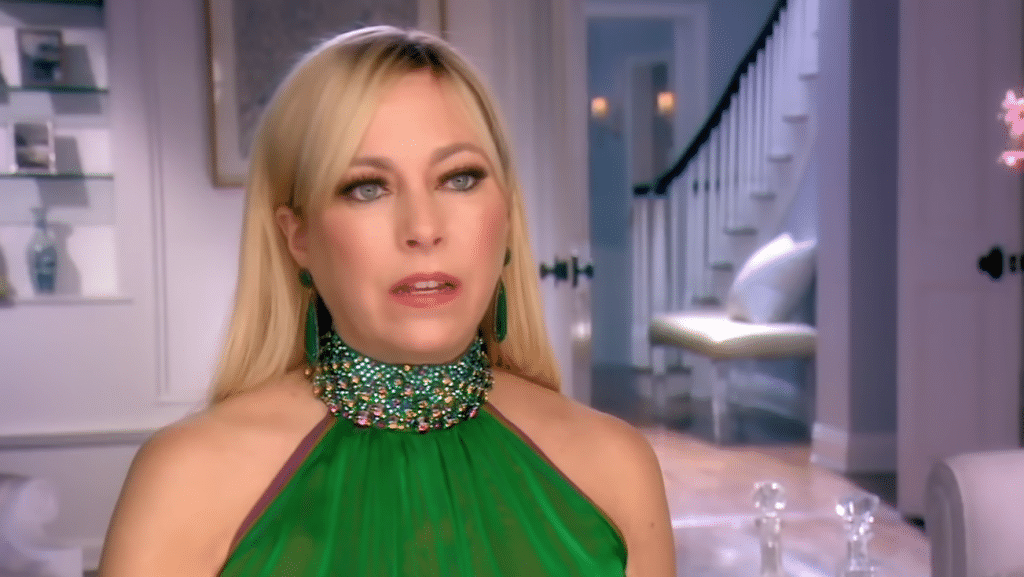 “A few years ago, Harry and Lisa both came, I invited them to the Elton John gala, and they came with me as my guests,” she said. “I never got a thank you.” Lisa Rinna isn’t happy about Sutton’s remarks and took to social media instantly responding to her RHOBH‘s co-star.

“We didn’t come as your guests @suttonstracke. @eltonjohn invited us to his event, you asked us to sit at your table. So we did,” Lisa wrote. “Let’s just make that clear.”

When Andy told Sutton of Lisa’s comments on WWHL, Stracke responded, “OK, see, we’re gonna have words about this.”Sutton explains that she purchased a table at the event, the table where Lisa, Harry, and her other invited guests sat for the evening.

“Perhaps they do not know that I actually bought those ($10,000 per seat) tickets for them,” Sutton concluded. “So maybe that’s a miscommunication.”

Is Season 12 Of RHOBH’S Going To Feature Lisa and Sutton Fighting?

Lisa Rinna is obviously taking offense to Sutton’s accusations and later adds “Guests of Elton, not Sutton. But I love that Sutton bought a table, and all of the money went to the @eltonjohn aids foundation. That’s a good thing! I loved this look!”

“And yes I am this petty,” Lisa cheekily ended her post.

Fans responding to Lisa Rinna’s post began blasting the reality star calling her petty and suspicious that she and Harry would spend $10,000 a ticket out of their pocket.

“I can’t believe just how superficial and petty all of these women are. It is so tacky for Sutton to call Lisa out on this. But it was even tackier for Rinna to make it a bigger issue,” posts one commenter.

Another writes, ” Okay, are we getting a preview to Season 12 battles between Sutton and Rinna? Sutton claims to be so classy; why bring this up? We already know Rinna is going to pick it apart.

So far, Sutton Stracke has yet to respond to Lisa Rinna’s response. However, reality fans somehow have a feeling that this is not going to blow over anytime soon. How do you feel about Sutton and Rinna’s disagreement?

‘The Real Housewives of Beverly Hills‘ air every Wednesday at 8/7c on Bravo.