Former RHOBH’s star Brandi Glanville and Kim Richards are having friendship troubles. The two Beverly Hills besties have reportedly experienced a falling out.

Brandi Glanville is opening up about her troubled friendship with Kyle Richards‘ sister Kim. The two became very close friends during their time together on the Bravo hit reality series. Glanville claims that earlier this year she, and Kim suffered a big disagreement, and the two of them are currently not speaking to each other at this time.

Per the Daily Mail, Brandi, 48, states, ‘We aren’t talking right now. I can’t even tell you what happened. The last time I talked to her was on New Year’s Eve. But we have had a real, best friendship. We’ll speak again. And I know it will be fine in the end.’ 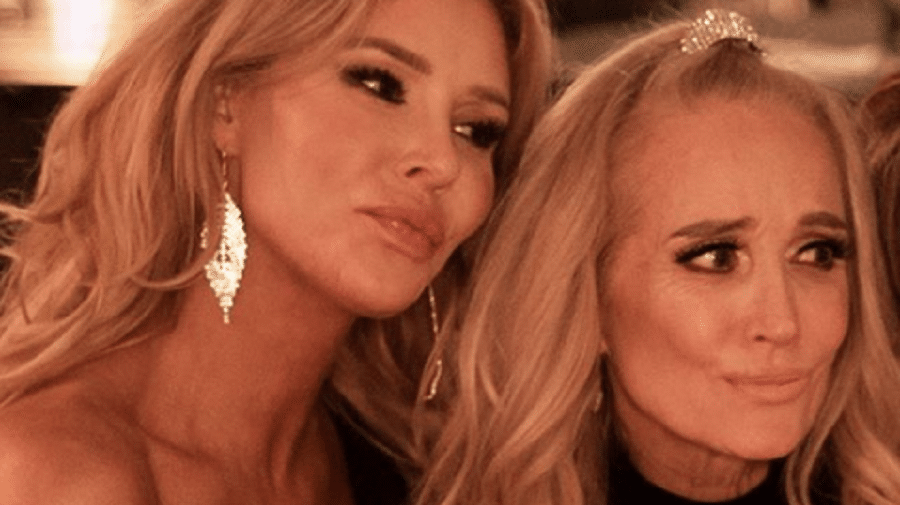 Kim Richards, 57, has proven from her time on RHOBH she is a force to be reconned with. The troubled child star’s battles with addiction became evident during the early years of the series. Glanville and Richard’s bond grew as Brandi always stood up for Kim during her most troublesome episodes. Glanville claims Kim refuses to speak to her at this time.

Fans of RHOBH‘s are aware that when Kim becomes angry and begins to spiral, she often shuts down, avoiding those who care about her most. During Season 11 of the reality series, fans noticed that Kim and Kyle are not communicating. Kathy Hilton mentions Kim, and Kyle reveals she has attempted to contact her but has not reached her.

Kathy then tells Kyle that Kim has changed her number. Kyle looked very surprised and hurt that she was unaware of what was going on in her sister’s life. ‘We fight; it’s just because we do,’ Brandi reveals. ‘I last talked to her New Year’s Eve, and I saw the promo for Housewives where [Kathy Hilton] said she changed her number. I don’t know if that’s the case. I texted her; I emailed her.

‘It’s depressing,’ she continued, ‘and I talked to Kyle about it and, you know, Kyle is not that close to her either. So she’s like, ‘I don’t know what to tell you. You’ve been such a great friend to her. I don’t know what’s going on with her…’ So it’s sad because I do love her.’

Erika Jayne Is Brave According To Brandi 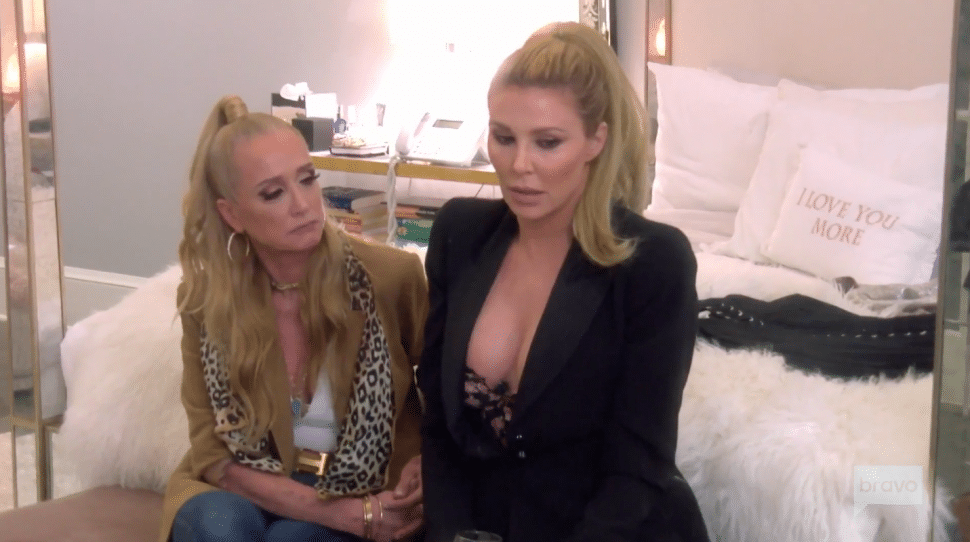 Brandi Glanville also shared her thoughts on Erika Jayne‘s current legal drama. Brandi reveals she has respect for Erika for how she is handling everything. She also adds that she is well aware of just how stressful life in reality television can be.

‘It’s really brave of her,’ she said. ‘I don’t think I would have come back!’

Despite Brandi Glanville and Kim Richards’s past issues with the Beverly Hills wives, fans often comment stating they would love to see both women return at some point. It is doubtful, however, that Kim Richards will ever return. The hit Bravo series has proven more than once over the years to be too challenging for Richards’ fragile mental state.

As for Brandi Glanville, never say never. Brandi often likes to jump back in the Beverly Hills crowd to stir up some drama. However, the last time Brandi stirred the BH pot caused massive drama for herself and former cast member Denise Richards.