Amelia Gray Hamlin has done something for which she feels the need to apologize to her father, Harry Hamlin. And no, it has nothing to do with Scott Disick this time. The model and recent ex of KUWTK’s Scott Disick recently shared a screenshot of some very amusing family texts.

The Hamlin family seemingly enjoyed the funloving banter during Amelia Gray‘s humble apology to her dad. So what does the 20-year-old beauty feel she should apologize for? 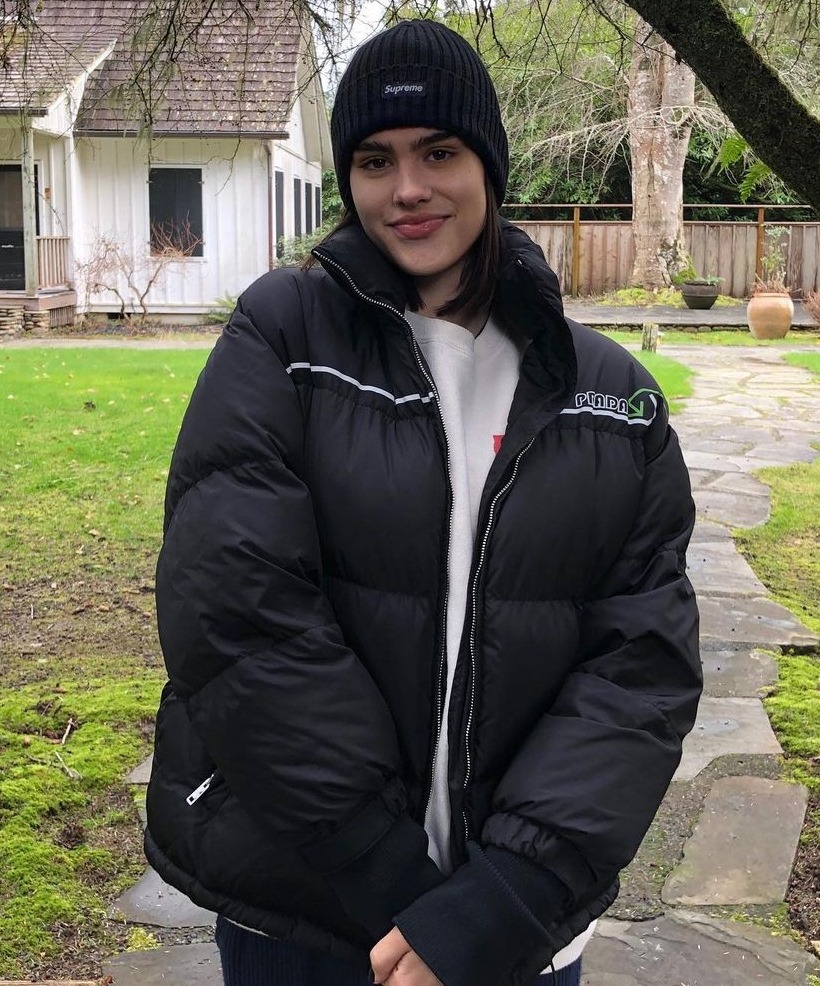 Amelia’s apologizing to her family, mainly her father, for her very sheer and barely existent dress that went viral on Sunday. The model’s choice of wardrobe left nothing to the imagination. Sporting a mesh sequin ensemble for a London Fashion Week party for Perfect Magazine, Amelia was the talk of the town and the Internet per The Sun.

The see-through halter dress and high-thigh slit skirt reveal more of Amelia Gray than her father cares to see according to Courtesy Feed. Looking almost nude the oldest daughter of RHOBH‘s star Lisa Rinna and Harry Hamlin joked on her Instagram stories writing, “Free the nipple, I guess.”

Amelia captioned the exchange, “For the people concerned about Harry Hamlin,” and shared the screenshot on Sept. 20.

We are sure Harry Hamlin is accustomed to the questionable attire the women in his family wear or don’t wear in this case. However, it may have been more of his daughter than Harry feels comfortable seeing, or having the world see. Amelia Gray Hamlin looks stunning. However, some fans ask if she may have been sending a message to her former boyfriend, Scott Disick?

Kardashian family fans are well aware that Scott Disick and Amelia Gray recently ended their relationship. The break-up, a result of Disick’s recent social media blunder. Scott, for whatever reason, felt the need to mock his ex and baby mama Kourtney Kardashian’s very public and PDA-filled romance with Travis Barker.

In a moment of what we can only believe was jealous rage, Scott sent out a DM to another of Kardashian’s exes, Younes Bendjima. Disick looking for support was betrayed by Younes when he leaked out the DM to the public. The betrayal caused a big issue between Scott and Kourtney. Not only is Kourtney shading Scott but so are the rest of the KarJenner women. The biggest issue, however, went down between Amelia Gray and Scott.

Amelia, hurt and humiliated by Disick’s act, countered with a social media photo of her own. In the photo, Amelia wears a white tank that reads, ‘Don’t You Have A Girlfriend?’ Scott and Amelia’s relationship soon ended. However, Amelia Gray claims she is over it and moving on; as for Scott Disick, he spends a lot of time with his kids these days.

However, just because Amelia Gray Hamlin claims she is all good following her split with Scott, it doesn’t mean she can’t rub his loss in his face. The barely-there, nearly nude dress is a great way to prove her point. Great for getting back at Scott, not so great for her dad Harry. It is good that the Hamlin family can get a laugh out of it, though!