While Natasha Parker is ready to put the awful betrayal from Brendan Morais behind her, she’s also still shocked by a few things. She is opening up more about the most disappointing part of the whole ordeal that occurred on Bachelor in Paradise. Brendan claims he and Natasha were not on the same page. However, at the time, he was hanging out with her the most. Then, as fans know, Brendan and Pieper James hooked right up when she arrived at the beach. So, now that it’s over, what was the worst part of it for Natasha?

Entertainment Tonight shared what Natasha said was the worst part for her involving Brendan’s betrayal. First of all, let’s look back at how Brendan treated Natasha once Pieper showed up. Pieper of course went straight to Brendan without talking to anyone else. Brendan told Pieper his relationship with Natasha was basically necessary. He said he was “navigating this in a way to allow myself to potentially, hopefully, be here while you’re here.” Pieper then thanked him for playing the game.

So, what upset Natasha the most? Natasha said, “Honestly the disregard for a human [was the worst part]. The disregard for me. He literally told her, ‘I had to do things and navigate things in a way to stay here.’ And clearly, I was the casualty,” She continued, “There was never a, ‘Well, how do you think Natasha feels?’ and, ‘Well, what about Natasha?’… That was the most shocking, awful thing, in my opinion.”

Natasha continued on discussing the situation saying, “I very much was on that beach trying to engage in a meaningful connection. It was like, OK, we have this emotional connection that I felt that I thought he felt as well.” She continued, “There were just things that I could feel that he was holding back. I just thought that that was because he wanted to take things slow… and I really didn’t think that he was waiting for Pieper. That was stupid on my part.”

Natasha added also that her biggest takeaway about learning who Brendan is would be that he’s selfish. 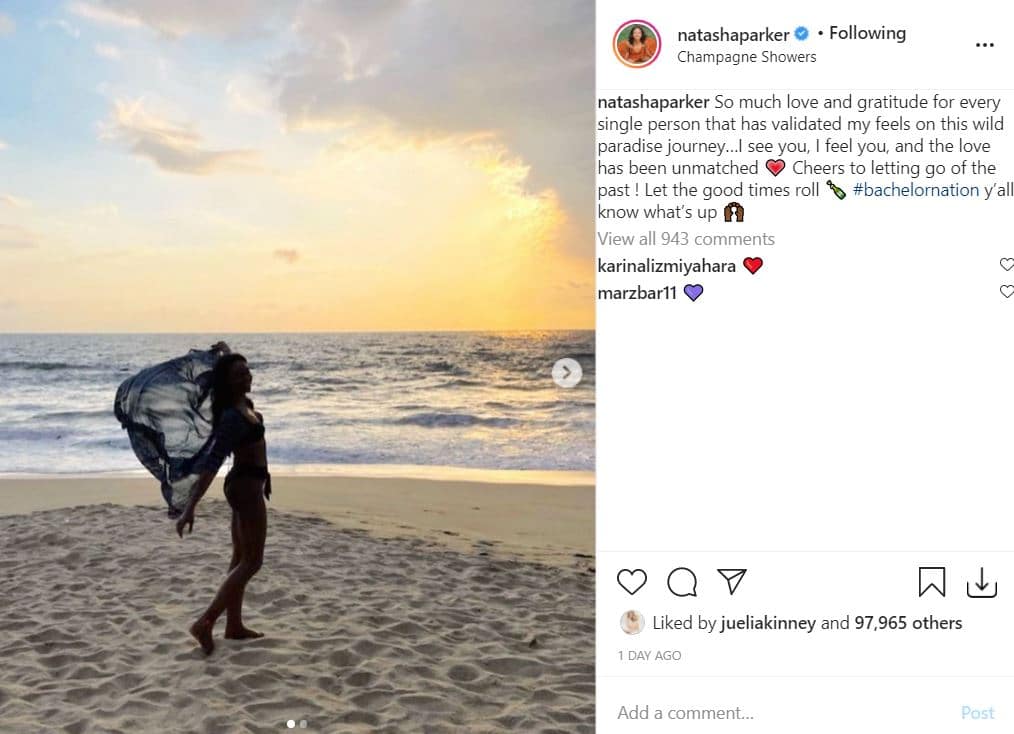 She said neither have reached out to her

Natasha said she saw Brendan’s apology to her on social media. However, she said neither Brendan nor Pieper has reached out to her personally.

She said, “I saw his apology on his page, and the numerous attempts that she has said for press, and all these different things. It’s like, ‘Guys, hi. Again, the person who you’re disregarding. Call me, text me, DM me.’ They don’t care about me.” She continued, “This happened in June. If they cared anything about me, they would’ve reached out before. I know that now. Again, it’s a hard pill to swallow, because I cared about him a lot.”

Even with all that happened, Natasha does not wish anything bad on Pieper and Brendan. In fact, she said she hopes they make it.