As September 17th comes to an end, Matt Roloff seemingly snubs both his daughter Molly and his ex-wife, Amy. What special day was it exactly? And, what does snubbing Amy and Molly Roloff mean exactly? Keep reading, we’ll explain.

September 17th is an extra special day for the LPBW family. Not only is September 17th Amy’s birthday… But, it is also her daughter Molly’s birthday too. Now, It didn’t come as too much of a surprise that Matt Roloff didn’t dedicate an Instagram post to Amy’s birthday. After all, she’s his ex-wife. Moreover, she recently got remarried. So, her birthday probably doesn’t mean that much to Matt these days. It, however, isn’t a meaningless day completely. September 17th is also the day Amy Roloff gave birth to Matt’s one and only daughter Molly.

So, how did Matt Roloff snub these lovely ladies?

In the social media and reality TV world, snubbing someone can mean something as simple as not paying tribute to them when the vast majority consider a tribute to be owed. For example, a reality TV star not wishing a family member a happy birthday on social media is considering snubbing them. September 17th is almost over and Matt Roloff hasn’t wished Molly nor Amy a happy birthday.

At the very least, fans thought Matt Roloff might’ve popped into the comments of Amy’s birthday tribute to wish both Molly and Amy a very special day. But, it does not appear to have posted anything across Instagram regarding his daughter’s birthday. 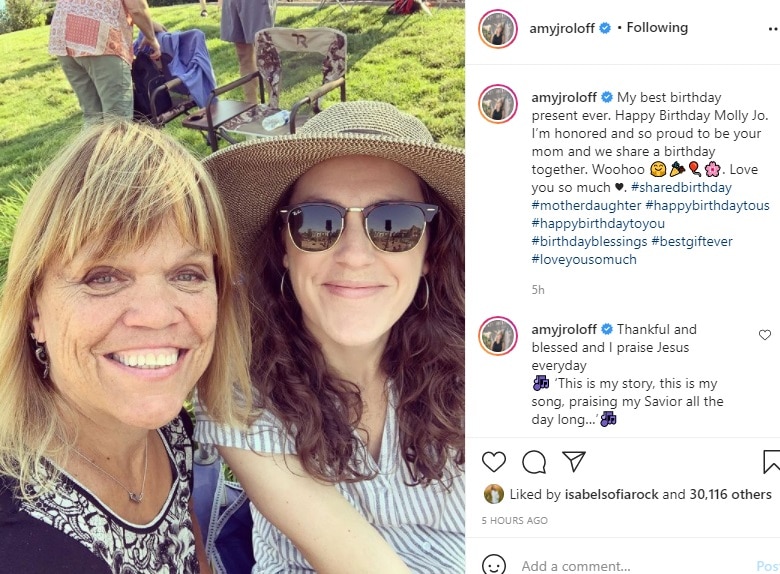 Molly Roloff is a private person

Molly Roloff does NOT embrace the spotlight of reality TV the way her family does. So, it is possible Matt Roloff isn’t snubbing his daughter at all. Perhaps he is just respecting his daughter’s wishes to continue to live a private life. After all, LPBW fans only see what is on television and on public social media profiles. Fans have no idea of Matt Roloff called or texted Molly to wish her a happy birthday. Likewise, Matt could have even gone to visit Molly and fans would have no idea!

Furthermore, it is important to keep in mind that Matt Roloff hasn’t posted on Instagram in nearly a week. LPBW fans know he’s busy getting Roloff Farms ready for Pumpkin Season. So, it is possible he just doesn’t have time to post a birthday tribute simply because fans think he should.

Do you think Matt Roloff snubbed Amy and Molly? Or, do you think fans are just being dramatic? Share your thoughts with us in the comments. And, keep coming back for the latest on the Roloff family.