Photos, videos, and other updates regarding Molly Roloff and Joel Silvius are pretty rare. LPBW fans know Molly attended her mother Amy’s wedding thanks to a photo Jacob’s wife Isabel dropped on Instagram. As we previously reported, Isabel Roloff later deleted the photo. But, not before it made rounds on other social media platforms confirming Molly was attending the wedding.

Today, Isabel Roloff shared ANOTHER rare photo of Molly Roloff. And, fans of LPBW can’t help but wonder if this means Molly Roloff and her husband Joel Silvius are actually closer to Isabel and Jacob than any other member of the family.

Isabel Roloff took to Instagram today to share a rare photo featuring Molly Roloff. The photo also contained Isabel, her husband Jacob, and Amy. The photo was clearly taken during Amy’s wedding as she was still rocking her gorgeous dress. Likewise, there was a sign in the background confirming this was a wedding photo.

Both Jacob Roloff and his mother Amy showed the Instagram post by Isabel a little love. Amy Roloff penned a huge thank you in the comments as she appreciated the love from both Jacob and his beautiful wife Isabel.

LPBW fans noted this was such a beautiful picture. Many fans admit they were THRILLED to see a photo with Amy and Molly in the photo. After all, it was rare to see new photos of Molly. Fans agreed that Molly, Isabel, and Amy looked absolutely breathtaking in the photo.

Jacob Roloff’s wife is alone in sharing photos of Molly

Now, Isabel Roloff is the only one who seemed to share any photos featuring Molly from the wedding. And, as we mentioned before, she actually deleted a photo after sharing it. In the photo, she declared Molly and her husband Joel were some of her and Jacob’s favorite people. 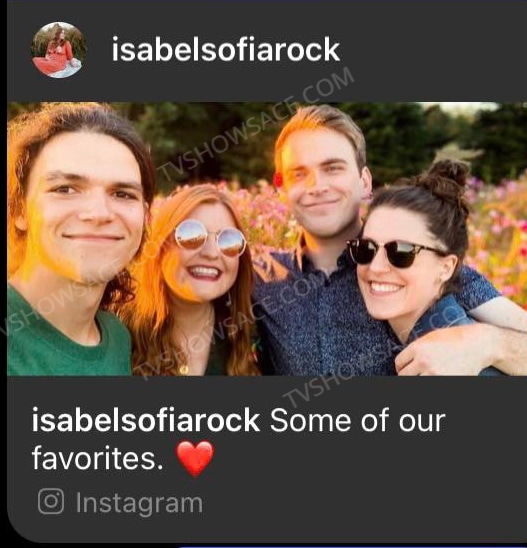 These two being close makes sense

Isabel and Jacob Roloff walked away from reality TV. We also know they have ZERO plans of allowing the public to see their son after he’s born. Likewise, Molly Roloff stays out of the public eye and off of social media. Moreover, she wants nothing to do with the reality TV series.

Do you think Isabel and Molly might be close? Would this explain why she shares so many more photos of Molly than anyone else? Share your thoughts with us in the comments. And, keep coming back for the latest on the Roloff family.