Farrah Abraham’s recent social media shares have some of her followers wondering if the former Teen Mom OG star is finally growing up and ready to change some of her questionable ways.

The Sun reports that her followers are continuously bashing Abraham for her parenting skills. This development is not new. Farrah is well aware that her parenting style always has and will always remain questionable among her followers. Farrah’s latest tell-all book is not helping matters at all. In her book, Abraham gets honest and gritty in her admittance of dealing with Child Protective Services over the years. 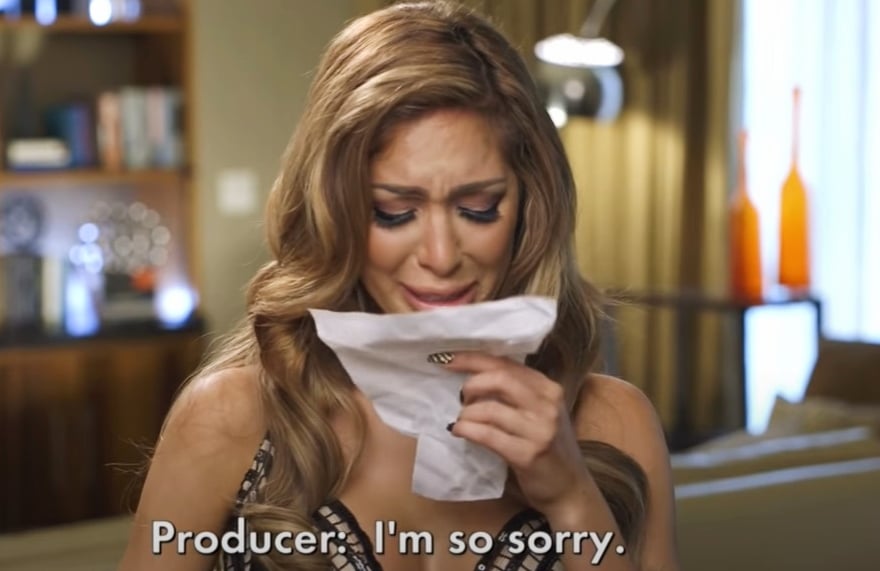 Abraham reveals her confessions in full detail. She reveals as a new mother; she was struggling. Farrah’s tell-all is titled Dream Twenties: Self Guided Self Help Memoir.

Abraham openly discusses her traumatic and abusive relationship with her mother Debra Danielsen. Farrah writes. In 2010, “I got kicked out of my house after calling the police for domestic violence. Yet the police pulled out a gun and said he was going to shoot my mom. While pointing a gun at her head, yet my mom had two kitchen knives in her hands. I was bloody when I had to talk them both into calming down.”

“The cycle of trauma and violence would not continue, or someone was literally [going] to die over a call to stop the violence.”

Farrah Abraham reveals she was only 18-years-old at that time. She adds the arrest then led to being “threatened by CPS to take my child because of elders’ actions that were unsafe.”

Farrah Abraham Reveals Living In Her Car With Sophia

The explosive and alleged abusive relationship between Debra and Farrah is shocking. Farrah alleges that Debra reportedly grabbed her around the throat and continuously hit Abraham in the head and mouth in the presence of Sophia. Abraham’s followers, however, are showing the 30-year-old mother no mercy despite her past life confessions. The memoir continues to receive massive negative feedback.

Sophia, 12, is the primary concern for Farrah’s followers. Many feel that despite Farrah’s past relationship and issues with her mother, she is doing Sophia an injustice in the way she has chosen to raise her.

In the past several months, despite the criticism from her book Farrah Abraham continued to cause social media uproar regarding Sophia’s upbringing.

In August Farrah was slammed by fans after posting videos of herself and Sophia. The video reveals Sophia, the only child in attendance, mingling at an inappropriate all-adult yacht party.  Abraham was soon bombarded with negative comments.

Others called this situation “sad” and “f***ed up,” wondering if there’s anyone “who truly cares for Sophia’s wellbeing and is not there to exploit her.”

Another round of Farrah bashing soon followed. Farrah recently shared photos of ‘pimping out’ her daughter’s HOME school locker. The locker is overflowing with stacks of cash, make-up, expensive shoes, and clothes. But, what followers reveal is disgusting: absolutely no school supplies or books are in the locker.

Farrah critics continue with their growing concern for Sophia Abraham. They feel Farrah is doing the child a great injustice spoiling her and treating her as an adult and friend instead of the child she is.  They also feel as a result of Farrah Abraham’s poor parenting choices that Sophia Abraham’s future is growing dimmer by the moment.