General Hospital spoilers hint the daytime drama will embark on an important storyline that has never been done before on the ABC soap. Many eagle-eyed GH viewers suspect that Dr. Austin Gatlin-Holt (Roger Howarth) is on the autism spectrum. His social skills and seeming lack of emotion are apparent signs.  However, Austin is high functioning if he is on the spectrum. So perhaps he was diagnosed with Aspergers Syndrome.

GH viewers know that Leo Falconeri (Easton Rocket Sweda) was examined by Dr. Holt for a cut on his finger. During the exam, Leo exhibited some behaviors that concerned the doctor. He urged Olivia Falconeri (Lisa LoCicero) to bring her son back for a follow-up appointment. Austin likely saw himself in Leo. As a result, he is aware that Leo would benefit from further examination. 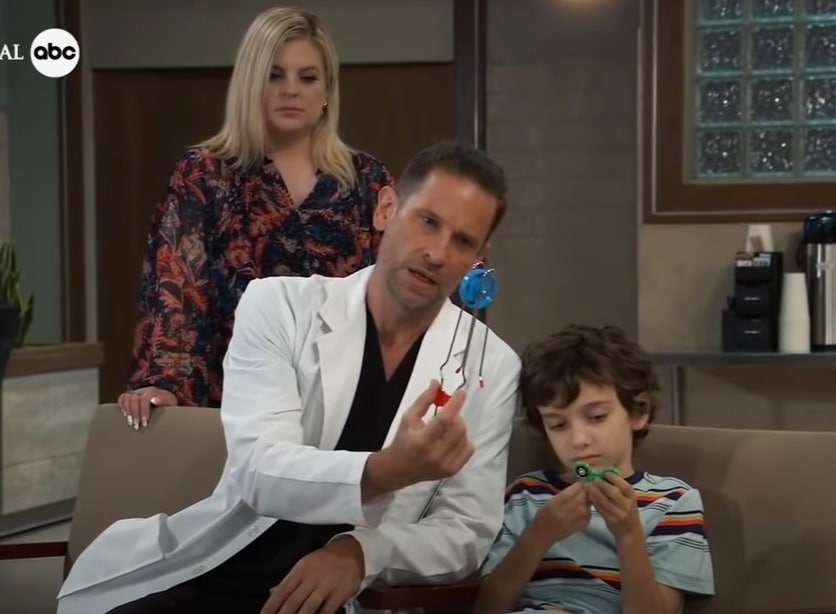 GH Spoilers – Why Leo May Have Autism

Although little Leo does not have speech delays he is a very quiet boy. He seemed to be in his own world when his sister Sam McCall ( Kelly Monaco) tried to greet him. When he was cut enough to need stitches he showed no signs of pain. When he was given the fidget spinner he became fixated on it. He ran off from Ned Quartermaine (Wally Kurth) while visiting the hospital. Austin found him in a place familiar to Leo. All these things can mean that Leo is just introverted but they are also markers of being on the autism spectrum.

Austin reasoned with Ned that if Leo does have special needs he may benefit from being properly diagnosed. Leo would be able to get the services and education he needed. General Hospital spoilers for the week of September 13 to September 17 hint that Ned will have a difficult discussion with Olivia. It will probably be over his worry about his stepson. The question is will Olivia consent to Leo getting tested or will she refuse. She could believe there is nothing to indicate that Leo has special needs.

Will Autism Awareness Be Raised On General Hospital?

Many GH viewers likely have loved ones with special needs. Nevertheless, this potential storyline would be a great way for others to get a glimpse into the world of families that have members on the autism spectrum. Each child and experience is different but we can learn from Leo’s journey. From Olivia Falconeri’s possible denial, Leo getting evaluated, getting the help that he needs, and showing his setbacks and triumphs.

General Hospital spoilers hint that Leo Falconeri’s storyline will be “front and center” over the next few months. The ABC soap did an amazing job with Mike Corbin’s (Max Gail) dementia story. There is no reason to think Leo’s possible autism story won’t be just as good. With so many children and adults diagnosed with special needs, the story will certainly be relevant on GH.