Jackson Roloff is coined as the daredevil of his family. Tori Roloff took to Instagram a while back to note she and Zach have NO idea where Jackson gets his brave spark. A recent scary activity, however, reveals daddy Zach is just as brave as his son Jackson. In fact, the scary activity caused Jackson to FINALLY meet his match on something that was just a little too scary for him.

What scary activity was too much for brave little Jackson? And, how did brave daddy Zach end up stealing the show? Keep reading, we’ll explain.

Tori Roloff took to her Instagram Stories to reveal Zach and Jackson were going to go flying together. They were going to a place that offered indoor flying/skydiving. Those wishing to participate put on a special suit and hopped inside of this tube. The tube created an intense gust of air that lifted the individual off the ground and caused them to fly.

Tori Roloff took pictures and videos of their time at the facility. But, it looked as though it was just Jackson and his daddy Zach suiting up to go in the tube and fly.

While he was all suited up, Jackson told his mother and father he was going to be just like Spiderman while he was inside of the tube. Tori jested brave little Jackson even wore red shoes to channel his inner Spiderman.

Jackson Roloff ended up meeting his match, too scared for the tube

Tori Roloff explained their son Jackson was super confident to go into the tube until the last minute. Unfortunately, the brave little daredevil met his match and decided he didn’t want to fly. 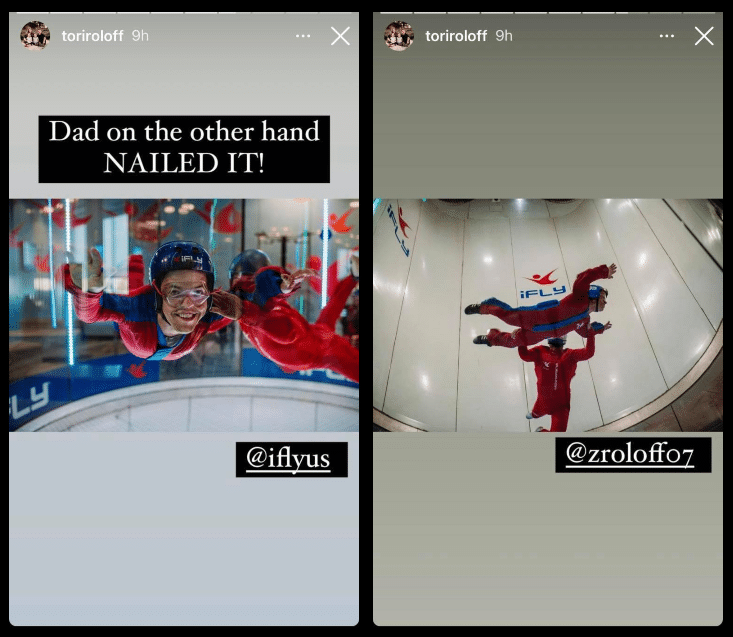 Zach Roloff, however, bravely stepped into the tube and gave his son something to watch from the bench. Tori Roloff shared both videos and a few clips of her husband Zach flying in the tube. Zach had a huge smile on his face as he clearly enjoyed flying.

Tori and Zach were a little bummed their son decided not to give it a try. But, they were proud of him for suiting up and taking an interest in it at first.

Are you surprised to see Jackson Roloff finally discovered something he was afraid of? Do you think it is cool that Zach got to fly? Share your thoughts with us in the comments. And, keep coming back for the latest on the Roloff family.