Jenelle Evans is sharing news that has her followers in complete outrage. The former Teen Mom 2 star reveals to her social media followers that she and her husband David Eason are expecting a new addition to the family.

Hold on; it is not what you think. However, this news is not going over well with any of Evans’ followers. Jenelle Evans reveals that her dog Rosie is pregnant, and they are expecting puppies.

Jenelle quickly clarifies an excuse for her angry mob she ‘didn’t mean’ for it to happen. But, the people have spoken, and they are not letting Jenelle Evans off the hook so easily per The Sun.

It has not been that long that fans were left in utter horror after David Eason brutally killed off Jenelle Evans’ beloved family dog Nugget. How easily Jenelle has forgotten and forgiven the 2019 David Eason dog killing drama. Ever since David and Jenelle reunited, they have been flaunting the arrival of new animals to their North Carolina home. Fans have continuously commented their shock and disapproval of this. 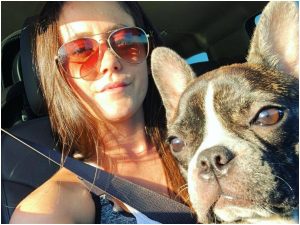 Many believe David Eason and Jenelle Evans should be forever banned from any type of pet ownership for the rest of their lives following Nugget’s killing. Today Jenelle, 29, proudly announces that their Goldendoodle Rosie is pregnant. Evans shares the news via TikTok as Eason is seen holding the dog up in the background.

“Hey y’all, did you know Rosie is pregnant?” She smiled at the camera before sarcastically commenting: “Rosie’s pregnant. Oh how did that I happen? I have no idea.”

Jenelle reveals during her explanation, “It’s Junior’s babies,” referencing their pair’s other farm dog. “So, how are they going to turn out? I don’t know. I have no idea.”

“Y’all listen. I ain’t mean for Rosie to get pregnant, okay,” she said. She claims that she and David made every attempt to keep the two dogs apart; however, things did not work out.

“We’ll be having little Goldendoodles,” she concluded. Fans are very angry about the situation. David and Jenelle brought Rosie home just months after David killed Nugget. One of her followers wrote: “You have sentence[d] another poor creature to death … When is it going to stop?”

Another followed with harsher words and tweeted: “Great, another dog for David to murder.” Some even went as far as to tag the American Society for the Prevention of Cruelty to Animals in hopes of saving Rosie from the brutal hands of Eason.

David Eason Should Not Be Trusted With Animals 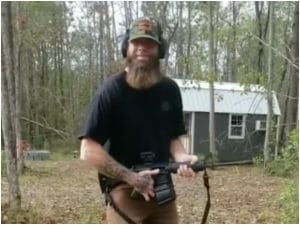 “Some people should not be owning dogs or any other type of pets. #DogKillers”

As Teen Mom 2 fans, well remember the horrible fate of Nugget. Jenelle and David continue to make excuses for the days’ events. Jenelle now claims that while she and her kids sat in the living room, and Ensley and Nugget were having a cute moment.

She adds David took out his phone to film the two. She says Ensley attempts to hug Nugget when the dog suddenly bit her in the face close to her eye.

“Then, after that happened, you know, the way David was raised, he took the dog outside and took care of it himself.

“My kids were inside the house at the time…[They] did not see anything, did not hear anything.

“David didn’t announce what he was doing or anything.”

So, now it is no big deal to Jenelle. However, that day she grabbed up her kids and took off, telling David killed her dog on social media. Then states she has left David and is filing for divorce.

That did not last too long, and David Eason convinced Jenelle he was a changed man. The two are now back together and living their best lives, according to Jenelle’s social media.

This does not change her follower’s thoughts on the matter, and they still believe that Jenelle Evans and David Eason should not be permitted to have pets. They also remind Jenelle of this on the regular: however, it does not change anything in David and Jenelle’s minds.