Pieper James wants to remind Bachelor nation what reality television is. In case they forgot, she says it’s not really reality. While Brendan Morais wooed Natasha Parker on the beach a rumor spread he was already dating Pieper. Fans did think he had been holding back with Natasha. Brendan denied they were anything but casual until Pieper showed up at the beach.

Immediately she took Brendan on the date without talking to any other guy, so the group had their suspicions. No one understood why they would come on Bachelor in Paradise if they were already together. Now Pieper is speaking out about how they were depicted on the show.

Pieper James posted on her story according to US Weekly. She said, “An edited, produced, and cut down show isn’t going to show you every single thing said and done.” Going on she said it won’t show the conversations had before the beach. Still, fans aren’t buying her explanation for what happened and it remains to be seen if the cast will cause them to leave next week.

She also said the show is light-hearted and she doesn’t think the things fans are saying are accurate. Pieper posted, “I don’t believe in pitting women against each other. I don’t believe men are prizes to be won at the expense of someone’s feelings.” She said she does believe in communicating and not calling people names on the internet. 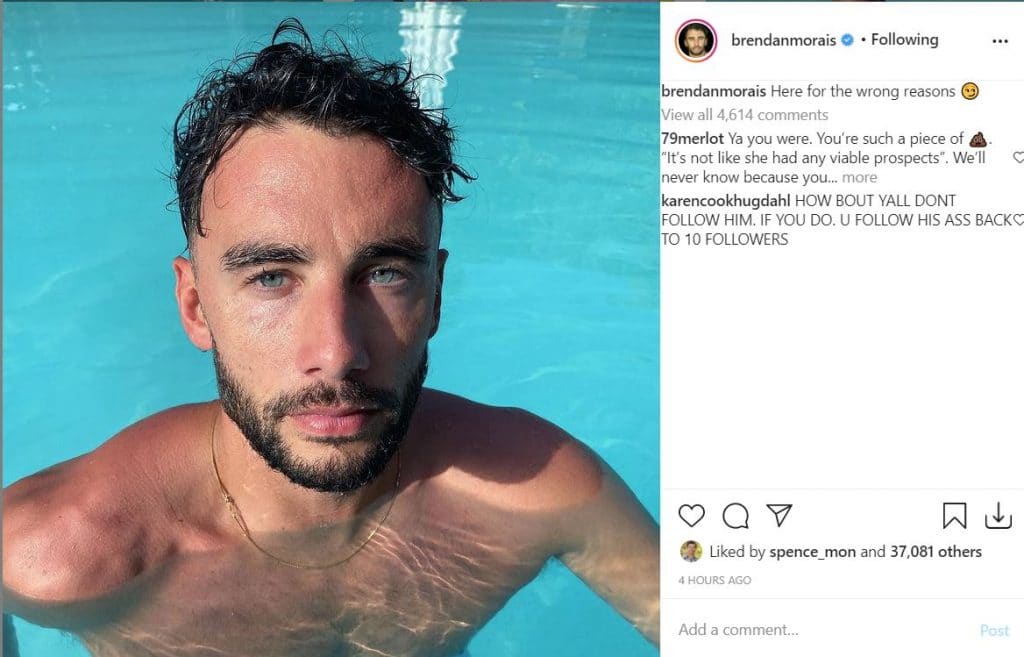 Other Contestants Are Seeing Their Conversation Now

A couple of contestants have talked about the Pieper James and Brendan situation since it aired. Tammy Ly said they hadn’t heard the social media followers’ conversation until now. She said, “we were all shocked to hear what was said on that episode.” Demi Burnett also posted to her TikTok that it was obvious to her now that Brendan went out with her because she has the most followers.

Pieper’s Instagram posts have been getting hit with backlash. On her latest one, someone said, “girl if you couldn’t afford a vacation to Mexico then just say that.” Several of the comments are anger that she took another woman down with her. A follower said, “You know I ACTUALLY liked you, but now d*mn I’m ashamed to have even liked you.” Another follower said, “helping a white man publicly humiliate another black woman is not a flex.”

Bachelor in Paradise goes back to once a week on Tuesdays starting next week instead of two nights in a row. As always TV Shows Ace will be covering the drama. What do you think about Pieper’s defense? Do you believe it was editing or she’s just trying to save face? Comment with your thoughts down below.