Jedidiah Duggar’s and his wife Katey took to Instagram hours ago to confirm their pregnancy. Usually, this is the kind of news the Counting On family would sell to some sort of tabloid. Things, however, have been a little different when it comes to Duggar news since TLC pulled the plug on their reality TV series. In fact, we previously reported most of the family was under a gag order per an NDA with TLC despite the series getting canceled. So, they had to be pretty careful about which information they could and couldn’t reveal to the public.

Jed and his wife Katey shared a 10-minute video on YouTube announcing their pregnancy. They were driving in a vehicle. It was pretty late in the middle of the week. Katey explained that they stopped at Walmart. Both she and Jed had to use the bathroom pretty badly. But, they also stopped at Walmart because she’d been feeling pretty off recently. And, she knew she was either pregnant or she needed to schedule a doctor appointment because something was very wrong.

Katey and Jed reveal they purchased pregnancy tests at Walmart. Katey Duggar admitted that she had to use the restroom so badly she really struggled with getting the pregnancy test open. She admits she tried to use her teeth to rip the plastic off. Katey then used the hook on the back of the door of the bathroom stall to rip the box open. 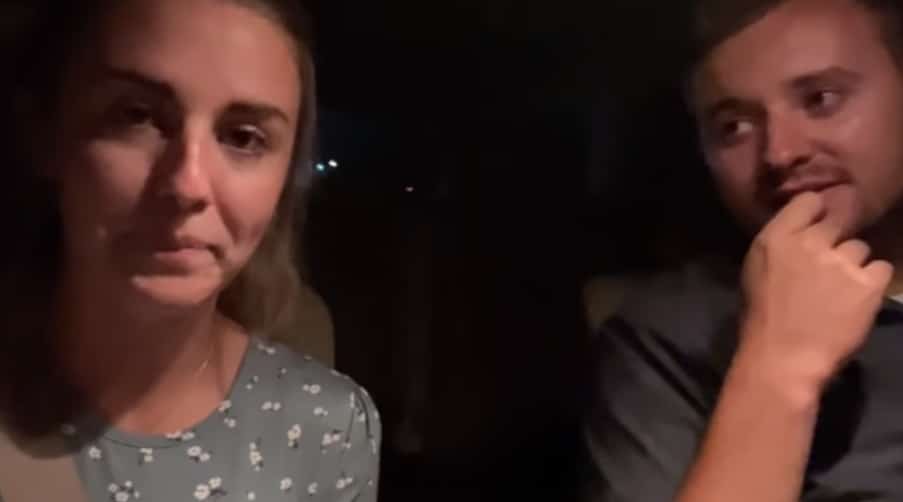 Once she managed to get the box open, she was finally able to relieve herself. Katey added that the pregnancy test did NOT require the full three minutes that the instructions tell you to wait. She noted the pregnancy test lit up pretty instantly confirming her pregnancy.

Katey Duggar proceeded to rush out of the Walmart bathroom to tell her husband Jed the good news. She explained she showed him the test and the box. So, he could see what the results looked like compared to the instructions.

The couple broke the news during a family outing

Jed and Katey Duggar attended a baseball game on Friday night with Michelle and Jim Bob. As we previously reported, the list of Duggars that went to this baseball game was pretty long. It was at the baseball game that Jed and Katey announced they were pregnant. Jim Bob and Michelle Duggar were thrilled to learn of another grandbaby.

Are you surprised Katey Duggar took a pregnancy test in a Walmart bathroom? Share your thoughts with us in the comments down below. And, keep coming back for the latest Duggar news.