The Bold and the Beautiful spoilers for September 6-10, 2021, reveal Steffy Forrester refusing to fall for Sheila Carter’s tricks, which are obvious to her but not as obvious to Sheila’s son.

The Bold and the Beautiful Spoilers: Sheila Carter Knows What She Wants

That little fainting spell that Sheila Carter (Kimberlin Brown) pulled on Friday was clear as day fake and the audience knew it even before we saw Sheila’s little smirk as Finn (Tanner Novlan) called an ambulance and said the patient is his mom. That’s all the crazy woman wants to hear. Well, she also wants a relationship with her son and her grandson and will stop at nothing to get it. She is rushed to the hospital and of course, she is just fine, but Steffy warns Finn she was faking it the whole time and not believe anything this woman ever says.

When Steffy (Jacqueline MacInnes Wood) tries to confront Sheila, she gets an earful about how much Finn really wants to be with his mother and even shows her the emoji text that Finn sent. That nearly sends Steffy over the edge as she warns Sheila she is not going to win here. We’re sure Sheila is amused.

Meanwhile, Paris (Diamond White) is obsessed with Finn and Steffy’s problems she goes on and on about them to Zende (Delon De Metz). Finally, Zende starts to realize that his girlfriend may be a little too close to Finn for comfort. How will this affect his relationship with Paris? Will she even care if things go south? 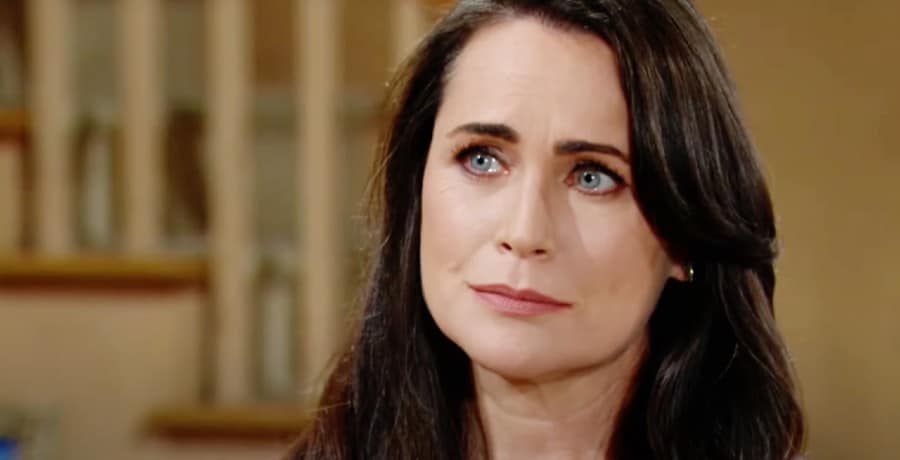 The Saga of Eric, Carter, and Quinn

Eric (John McCook) overhears Quinn (Rena Sofer) and Shauna (Denise Richards) discussing Eric’s little problem and Quinn saying she plans to be with her husband even if he can’t satisfy her sexually. Do they also discuss how Carter  (Lawrence Saint-Victor) absolutely did satisfy Quinn in that way? Eric gets a surprising idea later in the week and it all may stem from his little bout eavesdropping on his own living room steps.

Eric must enjoy listening in on people’s conversations because he is further enlightened at the end of the week when he hears Quinn and Carter discussing their relationship, but they don’t take it farther than talking. What will Eric decide to do next? Will it be an altruistic thing or is Quinn in big trouble again?