Tammy Slaton recently gave 1000-Lb. Sisters fans exactly what they wanted. No filter. The TLC star has been more active than usual on Instagram recently. We assume this might have something to do with recent rumors swirling that she had passed away. Tammy was quick to shut down the rumor noting that just because she didn’t post it did not mean she had passed away. She, however, seemingly followed up by flooding Instagram with selfies to confirm she was very much alive.

1000-Lb. Sisters fans just find something else to complain about

Unfortunately for Tammy Slaton, 1000-Lb. Sisters fans are never happy with her. One follow questioned why she continues to post variations of the same selfie on repeat. Some chimed in that she was limited in how much she could get around. So, what type of photos was the individual claiming expecting? Naturally, it is also important to keep in mind that Tammy Slaton is under contract with TLC. 1000-Lb. Sisters Season 3 has been confirmed. Fans can only assume Tammy is not allowed to post current full body pictures that would give away her weight loss or weight gain.

For some fans, the real complaint is the filters. Tammy Slaton posts waves of selfies on Instagram. Unfortunately, these selfies come equipped with all sorts of filters. Frustrated fans argue they want to see the REAL Tammy Slaton. They don’t want to see photos of her hiding behind filters.

Turns out, Tammy Slaton does read her Instagram comments. And, she decided to give fans what they wanted. A photo with no filter.

Tammy Slaton turns off the filter, gives fans what they want

Tammy Slaton shared a single selfie of herself declaring the photo had no filter in the caption. Many fans admit it was sad she felt like she had to post a photo with no filter. Tammy, however, didn’t stop there. She also posted a video on her Instagram Stories. In the video, she explained that people kept asking her to post without the filters. So, this video was her. Her with no filters.

Fans aren’t sure what to make of this selfie. They, however, are sad she still appears to be on oxygen. Fans beg Tammy to start taking her health seriously. 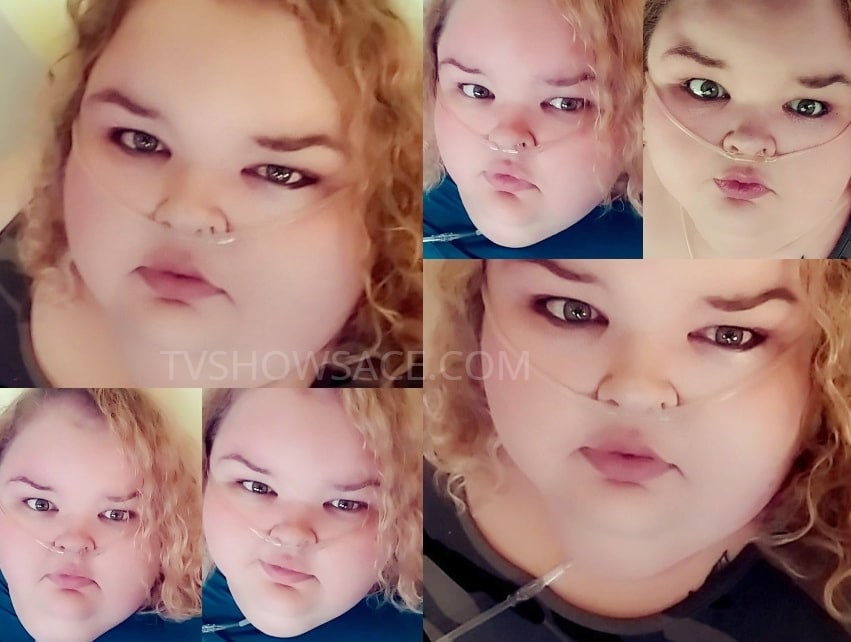 Do you think Tammy Slaton has lost any weight? What do you think of her selfie without a filter? Share your thoughts with us in the comments. And, keep coming back for the latest on the TLC personality.