Courtney Waldrop shared a new bed update for those wondering how Rawlings, Rayne, & Rivers were doing. As we learned over the past few days, Courtney and Eric planned on ditching the toddler beds and getting the three Waldrop girls into one giant bed. As we previously reported, their brother Blu was pretty jealous of the update. Likewise, mama Courtney is also pretty jealous as she currently sleeps on the floor with Eric because of lack of space.

Courtney Waldrop admitted she was hopeful the new bed would encourage the girls to sleep all night in their own space. This would allow Courtney and her husband to sleep through the night with no children crowding their sleep space. Would the girls stay in their beds all night? She wasn’t really sure. Unsurprisingly, Sweet Home Sextuplets fans were vested at this point. They wanted an update. Did the girls sleep well in their new bed?

The Sweet Home Sextuplets mom was so proud of her girls. This was especially true for Rivers who wasn’t sure she wanted the new bed in the first place. When Courtney first started talking about it, Rivers admitted she didn’t really want to get rid of her toddler bed. In fact, she asked her mother if there was a way for them to keep their toddler beds. 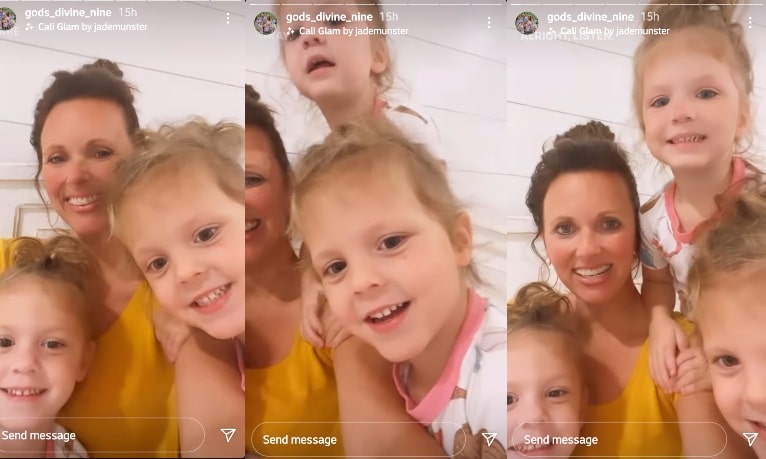 Courtney admitted she wasn’t too surprised as Rivers has always been her dramatic and attached one. Rivers, however, sung a different tune after a good night’s sleep in her bed. She admitted that she was a big girl now. And, she really liked that new bed.

Fans assume Courtney was a bit relieved as she and Eric enjoyed a nice night of sleeping without so many children in their bed!