Troublemaker of the Sweet Home Sextuplet family Blu Waldrop has stolen something from his big brother Saylor. What did he take exactly? Well, mama Courtney caught Blu redhanded with what he had that actually belonged to his big brother Saylor. Moreover, fans could hear Saylor in the background of a video Courtney recently posted to her Instagram Stories declaring that what Blu had actually belonged to him.

Wait, what did Blu Waldrop steal from Saylor?

Fans recall that Blu Waldrop has always been in love with his father’s boots. Well, turns out, he’s taken a liking to Saylor’s boots too. Blu Waldrop was rocking a pair of blue shorts and rubber boats as he talked to his mother about beds. As we previously reported, Blu was pretty jealous his sisters had a new, giant bed. Saylor, however, could be heard in the background reassuring his little brother they had the same big beds as their sisters.

Courtney Waldrop shifted the conversation back to the boots Blu Waldrop was rocking. It was almost bedtime and what she really wanted to know was simple. Would Blu sleep in those boots? Or, was he taking them off before he went to bed. At first, the troublemaker opted to be a little difficult about answering the question. He later clarified he did want to wear the boots to bed.

This was when his big brother could be heard in the background. Saylor noted the boots Blu was trying to wear to bed actually belonged to him. Courtney did chime in to agree those were Saylor’s boots. 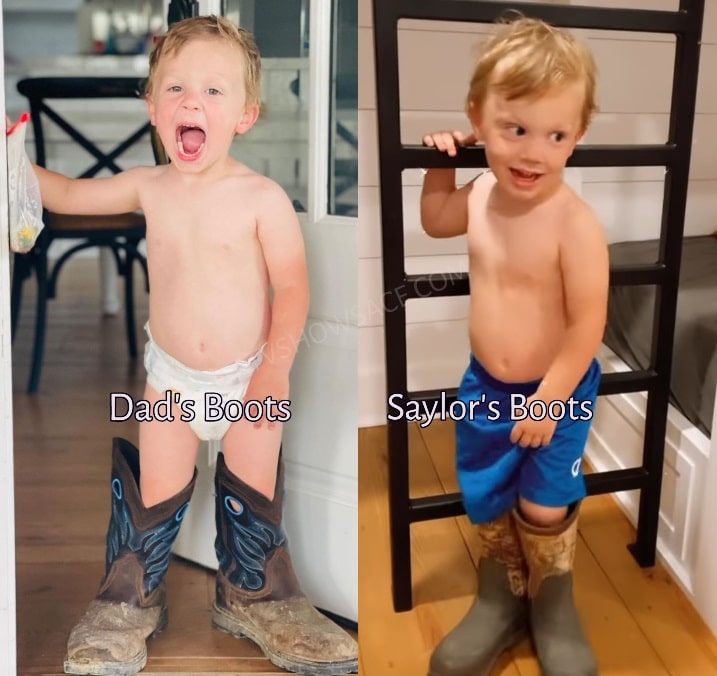 Saylor proves to be a great big brother

Now, as we previously reported, Saylor did help defend his mama when it came to Blu Waldrop getting jealous of the big beds. Saylor also didn’t seem to be too bothered by his little brother swiping his boots. It quickly became clear that Saylor is a fantastic big brother. Which most find reassuring considering how many little eyes he has looking up to him! 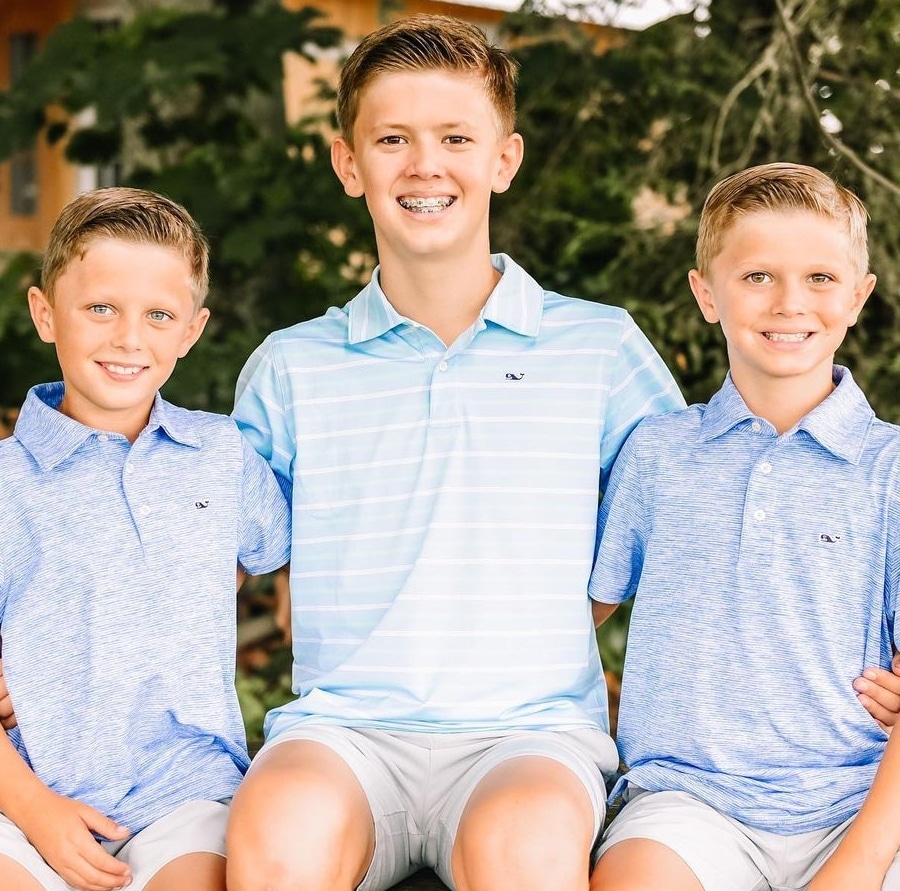 Do you think it is funny that Blu Waldrop stole his big brother Saylor’s boots? Do you think Saylor minds Blu wearing his boots? Why don’t they just buy Blu a pair of these boots? Share your thoughts with us in the comments.