Bringing Up Bates fans are loving Evan Stewart’s latest post about his toddler daughter, Layla. He revealed that his little troublemaker made a huge mess in the kitchen recently.

Of course, fans love seeing whatever Carlin Bates and her husband Evan decide to share on social media. They especially love all of the updates about their daughter. Layla is a year and a half old and will turn two on January 31.

Layla Stewart gets herself into trouble.

In a new Instagram Reel, Evan shows fans just how quickly his daughter is growing up. The little one is already getting into lots of trouble. The short video features Layla sitting in a pile of flour on the kitchen floor. Then, Carlin and Evan walk into the kitchen and pretend to be shocked.

When Evan made the video, he used a song that’s instrumental for a few seconds. Then, when the singer says, “Run,” Carlin and Evan dash from the scene. Obviously, neither of them wants to clean up a big mess like this. In his caption, Evan asks, “Who would be cleaning this mess up in your home? Mom or dad?” 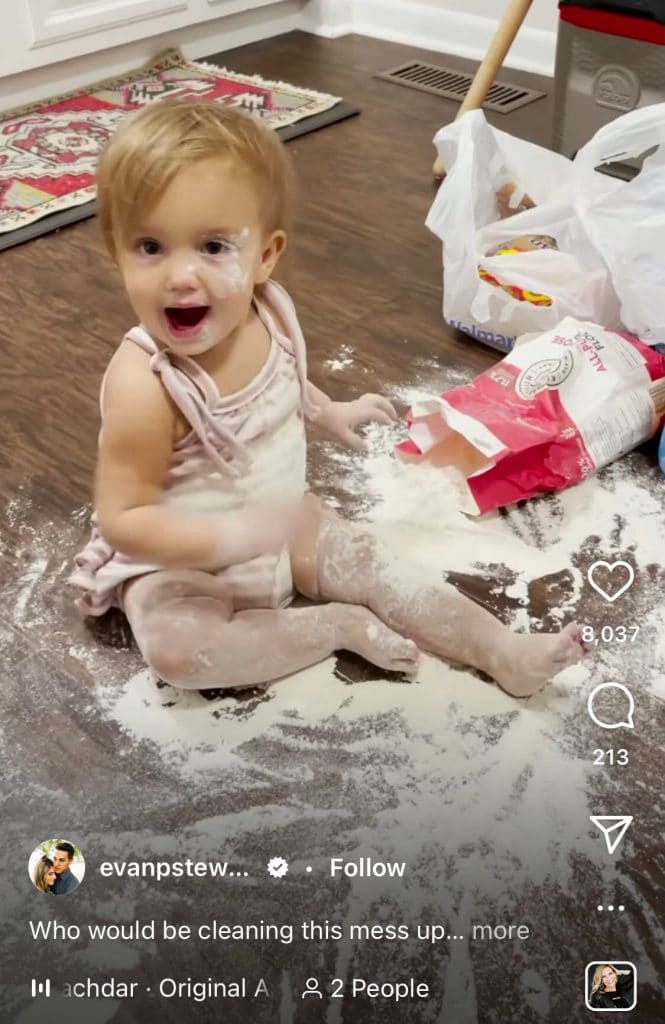 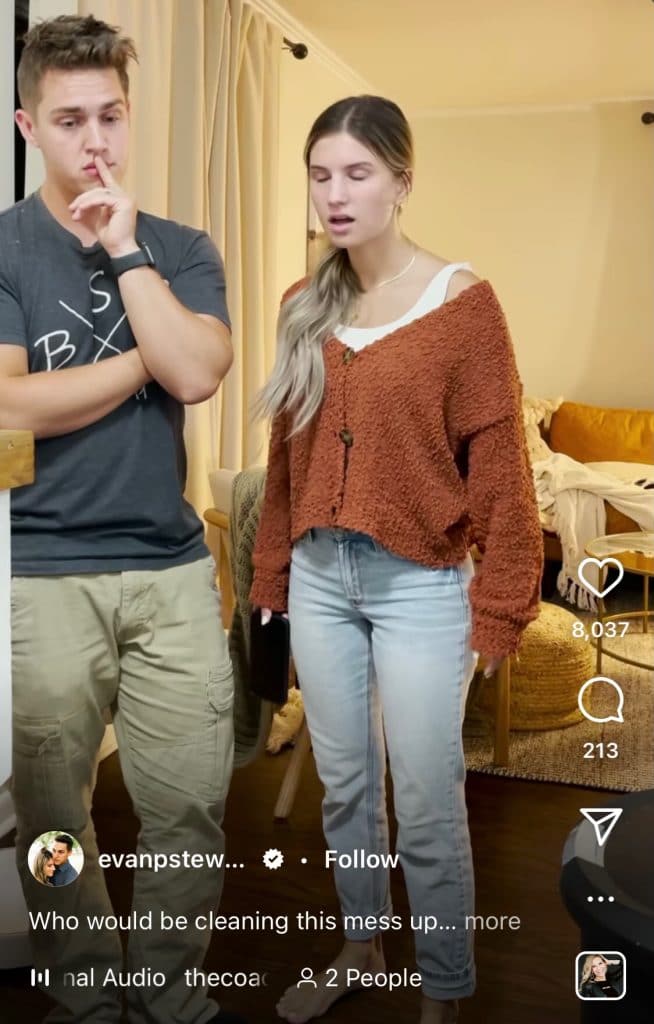 It looks like Carlin and Evan set up this scene themselves to make the video. Bringing Up Bates fans hope the couple didn’t leave the toddler unattended so long that she was able to create such a big mess. Of course, toddlers are quick and can get into trouble in a matter of seconds.

Naturally, fans are loving this new post from Evan. They think it’s adorable and funny that Layla is getting herself into trouble. Other fans are sharing their own experiences with their toddlers getting into trouble too.

In response to Evan’s question about who would clean up this mess, fans are saying that both parents would have to help out. One could bathe the baby while the other cleans up the kitchen. Carlin reveals that she ended up having to take care of this mess, writing, “For the record….I cleaned this one.”

Several of Evan and Carlin’s family members chimed in to comment on the cute Reel, saying how cute and hilarious little Layla is.

So, can you believe Layla Stewart made such a big mess? What do you think of Evan’s video? Let us know your thoughts in the comments below.