As Little People, Big World fans may know, Jacob and Isabel Roloff are expecting their first baby. They announced their exciting news in July, revealing that they will have a son in December. The parents-to-be are thrilled and are already preparing for their baby’s arrival very soon.

On social media, Isabel has been open about her pregnancy and her future hopes for her son. She’s been sharing lots of “bumpdates” and talks about how she’s been feeling. The pair has already selected a meaningful name for their son, but they are keeping it within the family for now.

While the two are only expecting their first baby, Isabel is already thinking about the future.

On her Instagram page, Isabel reposted a piece of artwork by Loré Pemberton. In the illustration, a mother is in the kitchen with her two young children as she cooks. The smaller of the two children is bathing in the kitchen sink, while the older one is helping the mom cook.

In her caption, Isabel writes, “Near future goals.” Since she mentions it’s a “near” future goal, the couple’s children may be close in age. 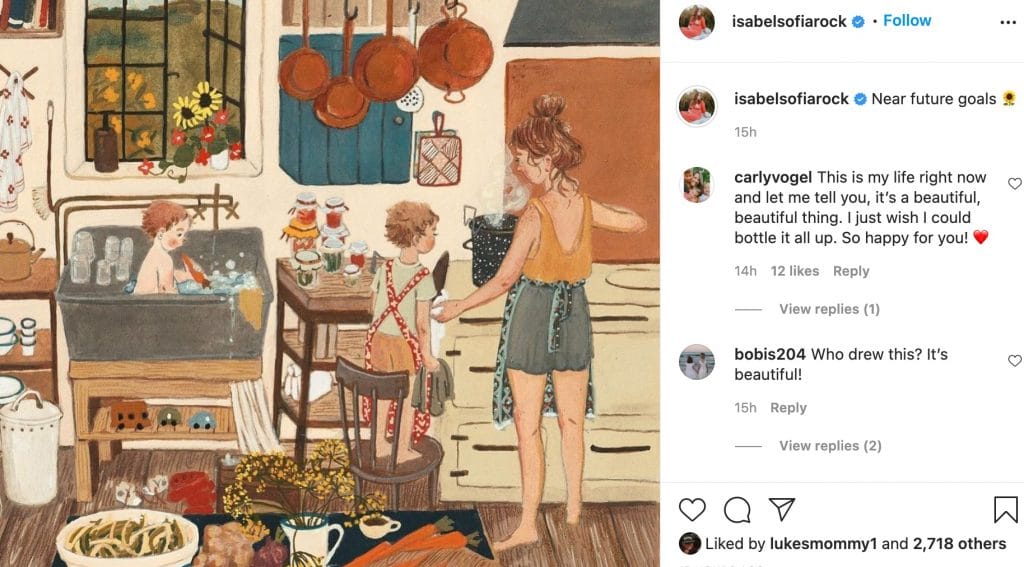 The mom in the illustration has reddish hair as Isabel does, and the children also have a similar hair color. So, that’s another way Isabel is able to relate to the photo and see her future in it.

Fans think the illustration is beautiful and that this is a great future goal for Isabel to have. One fan writes, “From one mother to a mother to be you are going to love every single moment you have with your family. 😍”

Fans will have to wait and see what happens in Jacob and Isabel’s future. Soon, they will get to meet their son, and then they may add to their family again in a couple of years.

In June, Isabel posted a similar illustration by Phoebe Wahl, featuring a mom, dad, and two kids in the garden. This was shared before Isabel and Jacob announced they were expecting. Maybe they are planning on having two children.

So, did you know that Isabel and Jacob Roloff want to have multiple kids? How many do you think they will have? Let us know in the comments section below. 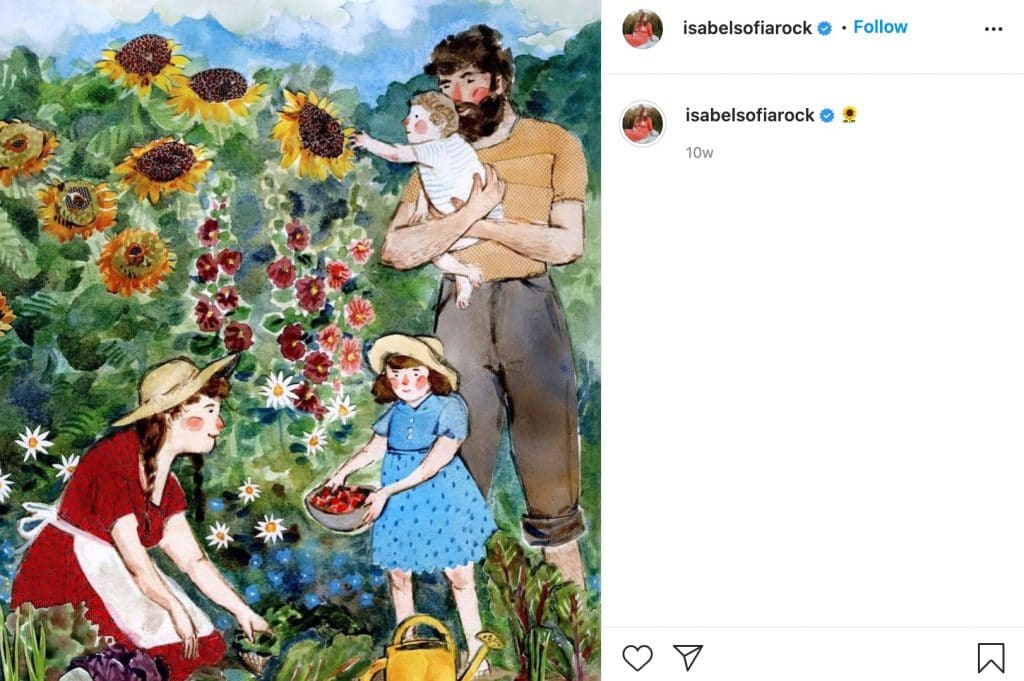