Young And The Restless spoilers tease Sally Spectra (Courtney Hope) will plot her revenge. Phyllis Summers (Michelle Stafford) has made her life miserable. Some may argue that Sally deserves Phyllis’s wrath. However, Sally wants payback.

Y&R viewers will recall Sally along with Tara Locke (Elizabeth Leiner) conspired to drive Summer Newman (Hunter King) out of town. Phyllis found out and took them both down. As a result, Sally lost her job, her man, and her home. Sally vowed revenge against her nemesis. Just how will she go about this on the CBS soap?

Y&R Spoilers- Sally Schemes Get The Better Of Phyllis?

Sally’s lurking may pay off for her. Young And The Restless spoilers for the week of August 23 to August 27 reveal Sally will spy on her ex, Jack Abbott (Peter Bergman). She spots him with Phyllis. There is something in their interactions that catches her attention. She concludes it is something to keep her eye on. Naturally, she will use anything she uncovers to maximum advantage.

It is no secret that Phyllis and Jack have a deep. connection. She is fiercely protective of him. Has Y&R given viewers hints of a Phyllis/Jack hookup? Jack mentioned to Nick Newman (Joshua Morrow) that no one knows him better than Phyllis. Then Jack became emotional when he saw Summer’s baby pic. Perhaps reminding him of happier times. Phyllis did get a weird look on her face when Jack spoke of the love of his life. Not to mention the two have been bonding lately over missing their children. Is there a spark between them and will it turn to flames? Sally may notice that spark and she would not be happy. However, that spark may be the key she uses to destroy Phyllis on Y&R. 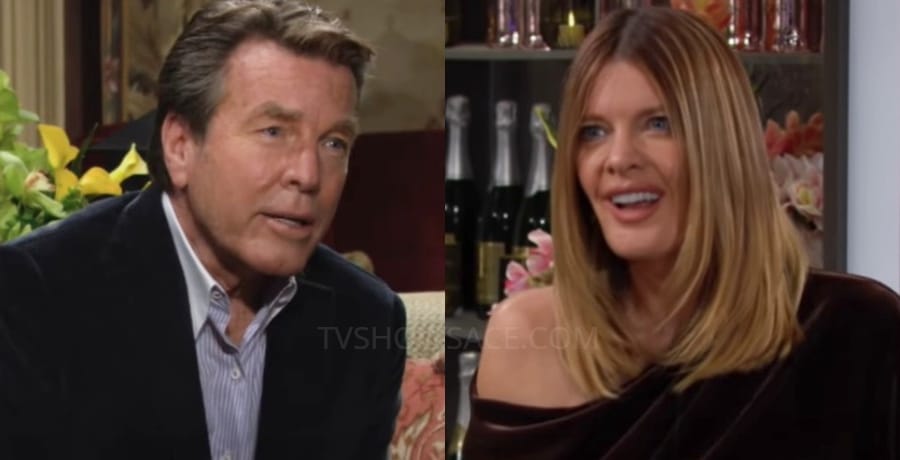 Sally Gets The Last Laugh On Y&R?

Phyllis and Nick have been very happy since they reunited on Y&R.  They had a good run but it is time to shake things up. Since Phyllis ruined Sally’s chances with Jack, maybe Sally will return the favor. She is likely to keep a close eye on Phyllis and Jack. If they do hit the sheets, Sally will know it. It is all but certain Sally will expose her. But she will want to do it in the most humiliating and public way possible. That will ensure that Nick knows.  Young And The Restless viewers know that Phyllis and Nick are serial cheaters. How likely is it they can overcome another infidelity? Sally may even take her revenge a step further.

Sally may not be content with just exposing Phyllis if she cheats on Nick with Jack. She may kick up her vengeance a notch by seducing Nick herself. Nick would certainly be angry enough to sleep with Phyllis’s worst enemy. This could kick off a feud between the two redheads that could last for years. Phyllis is a master schemer. However, Sally may prove to be a worthy opponent on Young And The Restless.

Come back often to TVShowsAce.com for updates and spoilers,