RHONJ fans get ready to welcome a new wife into the mix. The name of the new cast member news comes from none other than Dolores Catania’s ex-husband Frank Catania. At first, one might think that it is one of the current New Jersey wives who has let the cat out of the bag. However, Frank beat Teresa Giudice, Melissa Gorga, Dolores, Catania, Margaret Josephs, Jennifer Aydin, and Jackie Goldschneider all to the punch.

When it comes to gossiping Frank Catania has it on all of the wives. Frank recently appeared on the “Let’s Get Raw with Rori” podcast and let the news slip. Frank tells Rori that in his opinion on New Jersey, the men are involved more than any other men on the other Bravo Housewives franchises. However, he also reveals he feels it is because he and the other guys are real friends outside the reality series. 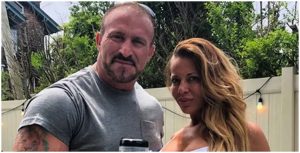 The newest cast member, according to Frank and The Heavy, is Traci Lynn Johnson.

Catania also reveals that Teresa Giudice’s new boyfriend, Luis Ruelas, has also become close with all the other husbands this year. Furthermore, he says Johnson’s husband former, NFL star Tiki Barber, is a great addition to the husband group. 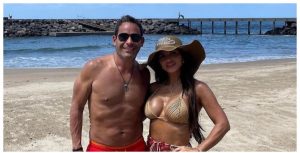 In June, Traci Lynn Johnson began filming with the RHONJ women and is reportedly getting along with the ladies very well. Her first test with the Jersey wives began with filming for Season 12 at Margaret Joseph‘s Pride party. Johnson and Barber joined the rest of the cast for a trip to the Jersey Shore in July. Then on August 13, Johnson suited up for the RHONJ softball supporting Maimonides Hospital.

Frank Catania reveals that Traci Lynn was caught on film already getting into a heated discussion with Jennifer. So, does that mean New Jersey fans can expect to see Jennifer target Traci Lynn this season? Catania claims that Traci and Tiki have become very close with Melissa and Joe Gorga, which may add a lot of competitive drama among the wives. 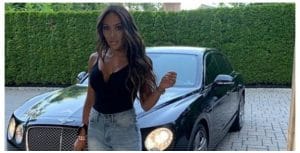 Traci Lynn comes into the mix with a past. Johnson and Barber became a topic of gossip-related interest when Tiki left his pregnant wife and began dating Traci Lynn. Barber married Ginny Chan in 1999, but the two separated in 2010 when Chan was pregnant with twins. They share four kids: Atiim Kiambu, 18, Chason, 17, and Ella and Riley, 11. Tiki also shares two daughters with Traci Lynn, Brooklyn, 7, and Teagan, 5. 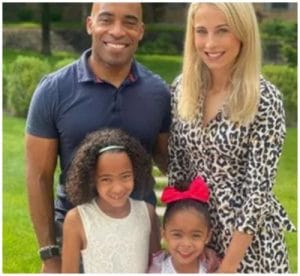 Barber and Chan split in 2012, and he married Traci Lynn later that year. There is dirt on Tiki and Traci Lynn. Both claim they did not have relations while Barber was married.  Bravo fans can almost certainly look for that tidbit to be thrown at Traci Lynn at the first sign of conflict among the wives.

Frank Catania fails to divulge the major conflicts Bravo fans can expect in Season 12, and who they will involve? Nevertheless, fans can look forward to Bravo’s Season 12 of The Real Housewives of New Jersey sometime in February 2022.