Mother and daughter Kim Plath and Lydia are not quite seeing these days eye-to-eye. Kim Plath is sitting down with Lydia to discuss her obsessive texting to a boy.

The Welcome to Plathville family is finding that Lydia, 17, is feeling a little suffocated by her parents’ constant monitoring of her life. Kim discovers Lydia is texting a boy. Not just a couple of texts here and there, but over 100 texts per day. Lydia is at that age where she considers herself grown. But, that doesn’t stop mom Kim Plath and dad Barry from constantly worrying about their daughter.

When Kim Plath attempts to sit down with Lydia to discuss the matter, things do not go well with Lydia, according to Pop Culture.com. The teen feels she is old enough to make some decisions for herself and wants more privacy. Barry and Kim discuss their next move and decide they will step back a bit and see how Lydia handles this relationship. It is a tough call for the parents. However, they want to guide Lydia and give advice to her on the relationship.

After all, Lydia is still underage and lives within the family home, and they do not want to see her jump into something she may not be ready to handle just yet. 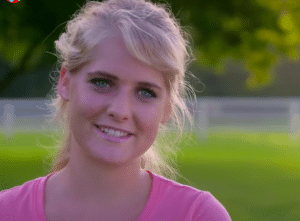 Kim Plath comes to find that her daughter and her new boyfriend have been suffering a few issues since her first talk with Lydia. Lydia reveals she hasn’t been talking with her beau and is very upset.

“It’s just like when I’m having a not so good day, I remember back when we were communicating, and I’d be having a hard day. He would just make it all better,” Lydia tells her mom. Kim Plath responds, “Well, I feel like you can’t really get to know somebody [on] texting and phone.”

Kim Plath reveals to the camera that they gave Lydia a phone mostly to communicate with herself and Barry. “So sometimes I’ll go on, and I’ll just scroll through and see who she’s talking to.” She continues, “That’s how I saw that she was spending a lot of time texting that boy, probably 100 texts a day. Which … that was the red flag that I was like, OK, we need to talk about this. That’s excessive.”

Kim attempts to explain to Lydia that she is only looking out for her best interest. However, she also reveals that Lydia feels too “emotionally invested” with this boy way too soon. “Sometimes I wonder what conclusions you’ve come to.” Kim replies that she hasn’t come to any conclusions: “I just look and I see things. And then I’m like, ‘Huh? What’s that?'”

Lydia Plath reveals on camera that her life as a teenager isn’t what other teens live. “As far as I’m concerned, not too many of my friends share their texts with their parents.,” she says, adding, “But I mean, my parents, they have every right to know what I’m up to while I’m living in their house. Sort of.”

It is clear that mother and daughter are not going to agree at this time. Kim asks Lydia a serious question. “Do you know him well enough to be emotionally invested in him?” to which Lydia answers, “That’s a good question. When do you know someone well enough?”

Kim Plath tells Lydia, “To me talking, and texting isn’t enough to get there.” Lydia, however, isn’t agreeing with her mother’s heart-to-heart advice. In the end, Lydia feels as normal teenage girls feel when it comes to first relationships. That is that their parents just do not understand.

“[I’m] just trying to think like, if my mom knows exactly, where I’m at in this relationship and … I’m really the only one that knows. It’s hard to explain,” Lydia attempts to explain to the camera. Is the Plaths drama just beginning with Lydia?

Welcome To Plathville airs Tuesday at 10 p.m. on TLC.