Teen Mom Briana DeJesus claims she feels that supernatural forces are behind her recently getting hit by lightning. The news of this bizarre accident continues to grow stranger. If it isn’t odd enough, Briana is the victim of a lightning strike; now, she blames witchcraft for her accident.

DeJesus claims that her ex-fiance Javi Gonzalez is the reason she encountered such a freak incident, according to The Sun. The Teen Mom 2 star claims she has broken off her engagement to Javi after just three months. During a recent Instagram Q&A, Briana’s fans began questioning her about the lightning strike.

“Lmao yes tf I was, it was storming really bad, and I was outside helping my aunt. I had my hand on the door of the car, and lightning struck right next to me, and a side flash hit my arm,” the mother of two revealed.

“My whole body went into shock, and I don’t remember anything but feeling a burning feeling on my arm, and then I ran inside.

Does Briana DeJesus’ ex Javi Have It Out For Her? 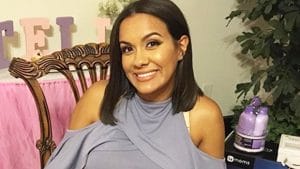 The Teen Mom 2 star has beaten some crazy odds of being hit by lightning. 1-in-15,300 according to the National Weather Service. The weather experts claim in an 80-year-span, a person has a 1-in-15,300 chance of getting struck by lightning in their lifetime.

But now Briana feels that Mother Nature may not have been working alone last weekend during the freak accident. DeJesus goes on to explain that she feels Javi could be behind the incident.

“[I] think someone tryna do some brujeria [witchcraft] on me,” Briana wrote. “Probably my ex… Who knows.”

Briana DeJesus fails to elaborate on her comments surrounding Javi and witchcraft, however, she does reveal the reason for the former couple’s recent split. Bri claims she is not ready ” for a relationship” at this point in her life. However, she also states that she has other plans and goals, and Javi does not fit in with them.

There Is still hope for Javi

The reality star claims she “loves him and he’s a great guy” and that perhaps they’ll reunite in the future, but, for now, she needs to be on her own. So does is that code for she has meant someone else? According to Briana, she claims she wants to focus on her daughters, Nova, 9, and Stella, 4, and her career. 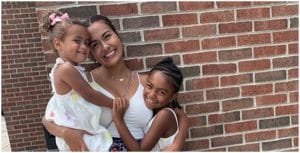 DeJesus adds she believes that it wouldn’t be fair to ‘drag anyone else through her crazy and hectic life at this time. DeJesus said, “I am not ready to marry anytime soon,” adding, “Maybe next 5 years?”

Briana also spills on whether or not she plans on having any more children in the future. “Thought I wanted another one, but then I look at Nova and Stella, and they are growing up. So I think I’m over the newborn/toddler stage,” she explains. DeJesus also reveals she has plans to make a move to Texas in the upcoming future.

What are your thoughts on Briana DeJesus’ split from Javi, and her freak lightning incident? Sound off in the comments.