It’s official! Kylie Jenner is pregnant with baby number two! The cat is out of the bag now; Kylie Jenner and Travis Scott are expecting their second baby together.

TMZ reports that a source with direct knowledge reveals that Kylie and Travis are adding to the growing KarJenner family. Details are few at this time. However, it appears as if Caitlyn Jenner may have let the news slip out.

Leave it to Caitlyn to reveals a family secret. Page Six reports that Caitlyn was so happy to hear the news that one of her children is expecting that she could not contain herself on Thursday. Caitlyn shares that her son Burt reveals he is expecting a third child with his wife, Valerie. But now we know there has been some truth to the slew of Kardashian/Jenner pregnancy rumors that have been recently circulating. 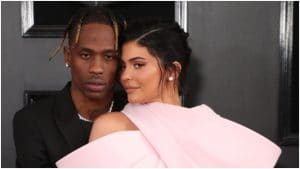 Kylie Jenner’s Secret Is Out!

Kylie’s pregnancy also may explain the teasing that Kourtney Kardashian has been doing to social media followers. Kardashian fans have been paying close attention to Kylie’s actions for the past few months. The possibility was of Kylie’s pregnancy was first brought up during the KUWTK Reunion with Andy Cohen.

During the final toast, viewers quickly noticed that Kylie appears to skip taking the celebratory tequila shot. Fans have also taken notice of Kylie’s baggy summer wardrobe. Kylie is very secretive, and surprisingly, confirmation of her second baby is being announced, considering the lengths she has undergone in the past. Over the years, Jenner’s always been very clear about how much she enjoys being a mother and doesn’t want Stormi to be an only child.

Will Kylie And Travis’s Second Baby Be A Boy Or A Girl? 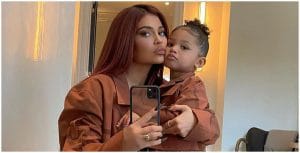 At this time, the family informant claims the baby’s gender or due date is unknown. One thing is for sure, Kardashian/Jenner fans will be anxiously awaiting for Kylie to reveal all the happy details. So, now that we know which KUWTK’s star is expecting a baby does that mean fans will stop with the Kourtney, Kendall, and Khloe pregnancy rumors? Not a chance!

Which Kardashian/Jenner Women Will Have The Next Baby? 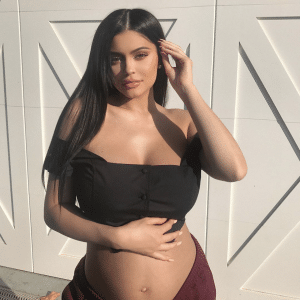 Kardashian fans are well aware that Khloe Kardashian is hoping to have a second baby join her family in the future. It has been revealed on the finale season of KUWTK’s that Khloe and Tristan are looking into surrogacy. Fans may not be happy that Khloe chooses Tristan to father her second child, but they wish her the best.

Kendall Jenner is also openly revealing that she is considering motherhood. She recently claims she is developing a case of baby fever. As for Kourtney Kardashian, well, she always claims she wants six children. But, considering her age, that may be a reach.

However, they are the Kardashian/Jenners, and new babies seem to arrive in pairs, so anything is possible. Congratulations to Kylie Jenner and Travis Scott on their happy baby news!

What Is Going On With Kim Kardashian’s Ever-Changing Face?
Denise Dowse Dead At 64: Cause Of Death
Wells Adams Explains Waiting For Perfect Moment To Wed
Carlin Bates Shows Appreciation For Evan Amid Health Issues
‘Black Summoner’ Adds A Demon Princess To Kelvin’s Party