Could there be a new Bachelor couple emerging? While they seem like an unlikely pair, rumors are flying Blake Horstmann and Victoria Fuller are dating. What sparked these rumors and could there be any truth to them?

Fans know Blake hosts a podcast called Behind the Rose. During his most recent podcast, Victoria was a guest. They were recapping the first episode of Bachelor in Paradise. During the interview, Blake asked Victoria which former Bachelor leads she would like to see make an appearance on BIP.

Victoria said she would love to see Peter Weber go to Paradise. However, Blake chimed in and said he would need to at least wait a season until his exes aren’t there anymore.

Blake also asked Victoria which previous Bachelor’s season she would go on if she could. He named off Chris Soules and Ben Higgins. Since Victoria already dated Chris she said that yes she would probably go on his season.

Then, Blake asked Victoria if she’s dating. Note, the two were seen together at church. This of course got fans talking. However, what came next really has the rumor mill churning. Blake and Victoria said they are dating each other!

Now comes the tricky part. Are they serious or are they being sarcastic? YouTuber Dave Neal seems to believe these two are in fact dating. What do you think? 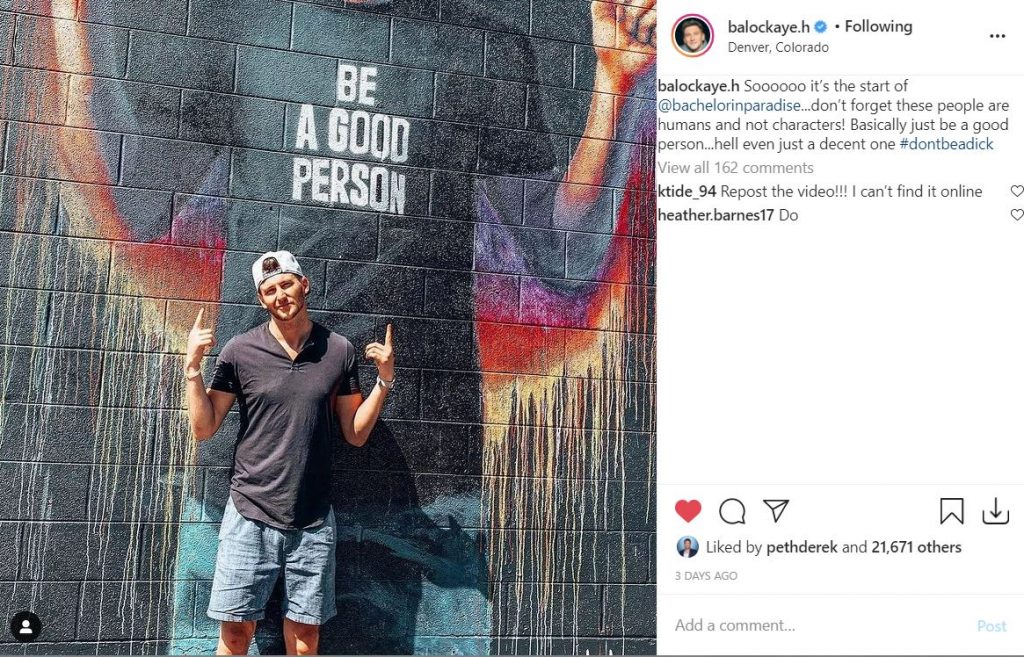 Neither has dated in awhile

If they are dating it may seem a little weird. However, there are some similarities to join them together. Victoria and Blake both have their own issues with The Bachelor. Victoria was made to look extremely bad during Peter Weber’s season of the show. She was accused of being a homewrecker.

Blake has his own issues as well. He was put through the wringer during his time on Bachelor in Paradise. He’s not kept his distaste for production a secret. Blake was somewhat traumatized by his past experience.

Recently, fans were hoping to see Blake and Becca Kufrin reconnect. However, that appeared to truly just be a rumor. Other fans really wanted to see Victoria and Chris Soules work out. That relationship also seemed to fizzle out.

Perhaps there could be something between these two. Can you see Blake and Victoria having a serious relationship? The YouTube video can be seen below. What do you think about their comments?