It seems like a lot of Bachelor Nation stars get plastic surgery done after their stint on the show. Some admit to it and some don’t. One particular star who has gotten a lot of heat for plastic surgery claims is Kaitlyn Bristowe. Now, fans are also wondering about Demi Burnett. Did this return alum get any plastic surgery? She shared all the details recently.

Life & Style shared all about what Demi had to say in regards to claims she’s gotten plastic surgery. The rumors started after fans noticed she looked different in a bikini pic shared on Instagram. In fact, she looked very different. Fans commented that she looked almost unrecognizable. Many wondered immediately what she had done.

Demi responded to the claims on her cute pic saying, “Only work done just Botox in [my] forehead!” She continued, “I think it’s just [because] I’ve gained a lil weight, so my face looks chubbier LOL.”

What do you think? Is botox her only procedure?

You thought #BachelorInParadise was going to return without drama? Beach, please. See you in ✌️ weeks! pic.twitter.com/5SGTW9cDGD

Demi returns to Bachelor in Paradise

Fans knew it would be an interesting summer when Demi was announced as a cast member on BIP. Clips revealed her making out with two other alums, Brendan Morais and Kenny Braasch. When the announcement came she would return Demi acknowledged that she would definitely be stirring things up.

When one preview became available on Twitter she shared it and said, “I’m back and here to suck face.”

This is Demi’s second appearance on BIP. After appearing on Colton Underwood’s season of The Bachelor she headed to the beach where she had a short fling with Derek Peth. Then, she became a Bachelor Nation first when she ended up with Kristian Haggerty. It was during this season she opened up about her sexuality and being bi-sexual.

During that time Demi said, “I just 100 percent want to be myself, but it’s really hard …  I just want to be able to exist and love who I love and it be accepted.” 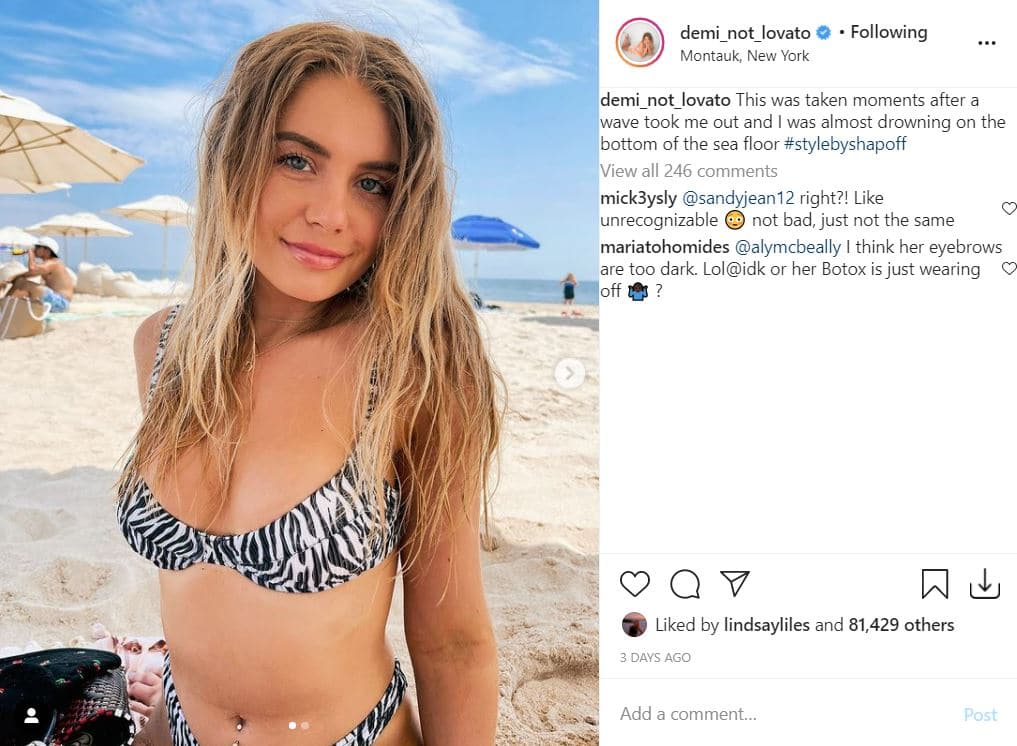 What happens in Paradise this season?

Demi will definitely stir the pot and cause some drama in true Demi fashion. However, she reportedly leaves the show single. Fans love seeing her on-screen and love her no-nonsense attitude.

Did you watch the first episode of Bachelor in Paradise? What did you think? Does Demi look different to you?

Let us know what you think!