Little People, Big World star Amy Roloff is taking some heat for her recent Instagram post. The TLC star is showing off her cooking skills, but she didn’t get the response she might have been hoping for. Instead of being impressed, fans are actually grossed out. So, what’s going on?

On her Instagram page, Amy often shares photos and videos to give fans a peek into her life. Often, she shares cooking and baking videos, which fans seem to like. They get to watch her cook and have an opportunity to learn a new recipe or two.

One of her recent videos is of her baking a coconut cream pie. In a 45-minute video, she walks fans through the baking process. She also links the recipe on her website so fans can find it there.

Amy’s newest upload is getting some negative attention because fans noticed she’s licking and sucking on her fingers as she cooks. They think this is pretty gross and unsanitary. One fan writes, “Omg pls stop licking your fingers love you Amy but double dipping 😢” 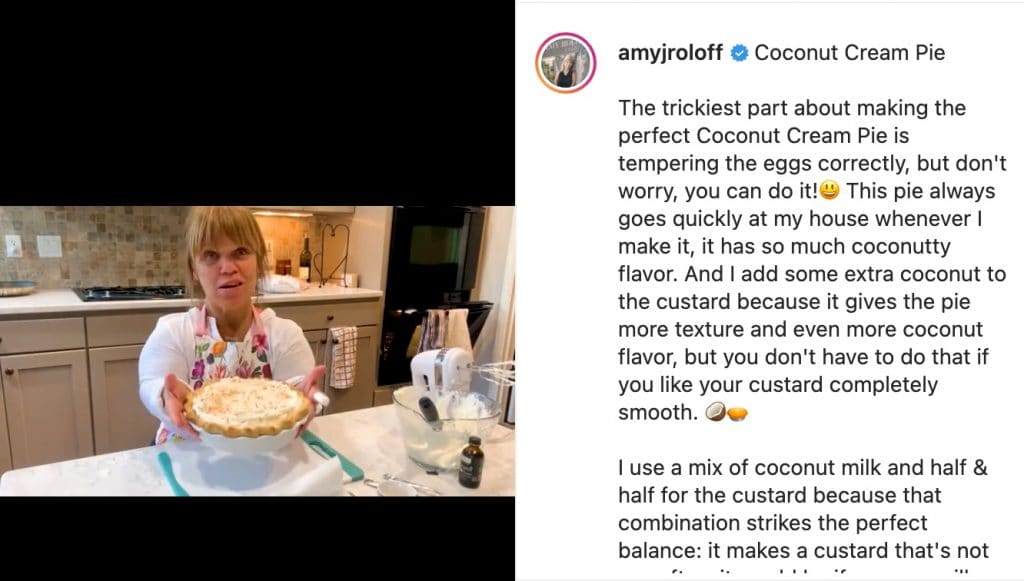 Someone else says, “When she does these things it makes the recipe unappetizing. It makes me not want to try the recipe. 🤮”

One fan points out that baking the pie might kill off the germs, writing, “baking high temperature kills germs….”

Still, plenty of fans are grossed out and think Amy should know better than to lick her fingers while she bakes. So far, Amy hasn’t responded to the comments. It doesn’t seem like she’s going to address fans’ concerns at this point, though. She has posted several more times since uploading the video, and she doesn’t typically respond to negative comments on social media.

You can check out Amy’s recent baking video here and see her cooking habits for yourself. Do you think it’s gross that Amy Roloff is licking and sucking her fingers while she cooks? Do you agree with fans’ comments? Let us know in the comments below.