Little People, Big World star Zach Roloff is going above and beyond, and his wife Tori is here for it! In a new Instagram post, Tori had an opportunity to show off her husband’s skills. In the post, Tori writes, “@zroloff07 won’t brag about himself so I’ll do it for him!!” She wants to show him just how proud she is since he worked so hard to reach his goals – and exceeded them. So, what did the TLC star do?

In her new post, Tori reveals, “He has been working so hard with @peakptlo to reach his peak! Today he set an unofficial record of 390 pounds squat!! Wow. I am so proud of my man. So impressive. I can’t even lift the bar!!”

She shared a video of herself and their two kids, Jackson and Lilah, watching him work his way up to a 390-pound squat. As Zach squats, he’s supported by a couple of trainers at the gym. The kids seem so excited to be supporting their dad. Just like Tori, they are proud of him.

She explains why he set out on this goal. He wanted to be able to lift Jackson and Lilah with ease, but he took it much further than that. Tori writes, “He started with the goal of being able to pick up his kids more easily and now he can pick up 11 Jackson’s at once. Love you babe uh! Congrats!” 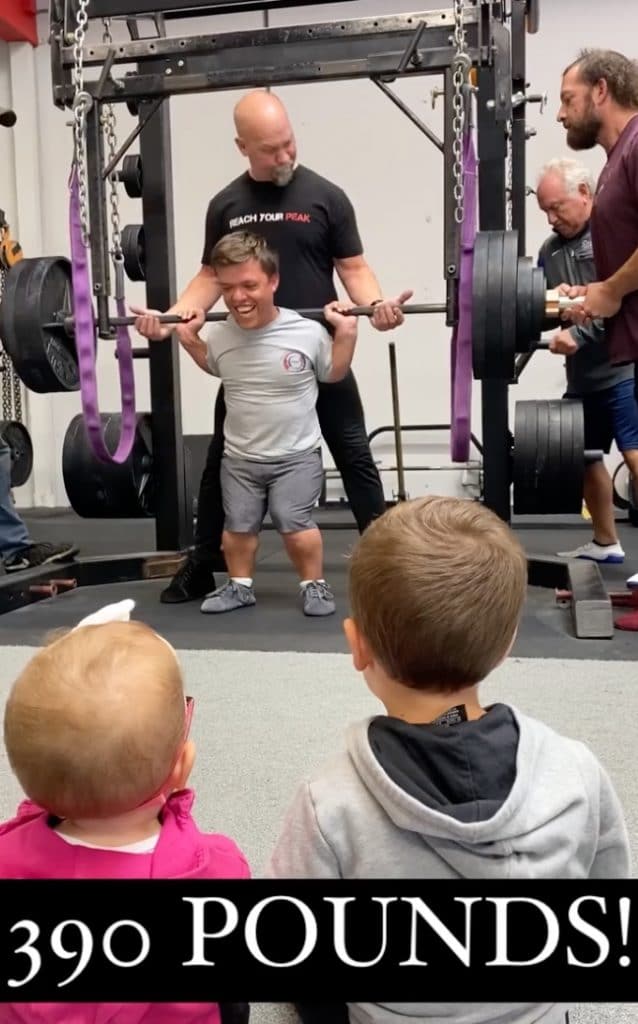 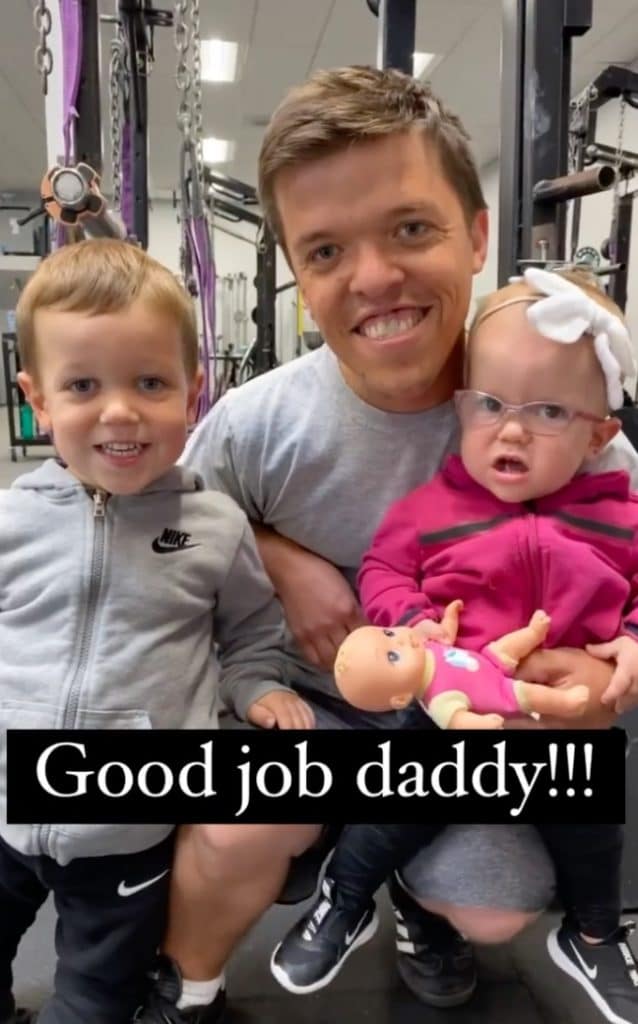 Of course, LPBW fans are obsessed with Tori’s new post, and they are so proud of Zach. One fan writes, “It’s the way your son looks at his daddy for me 😭🙌🏾❤️ #rolemodel.” Someone else adds, “Way to go Zach!! 💪🏼 that’s so awesome!!” Another fan comments, “The inspiration and the fire he has is truly inspiring!! Also legit loving you & your little ones fueling it cheering him on. 🔥 Now that is #Goals.”

You can watch the full video here.

So, what do you think of the new Instagram Reel Tori Roloff shared of Zach? Are you amazed by his latest accomplishment? Let us know in the comments below.