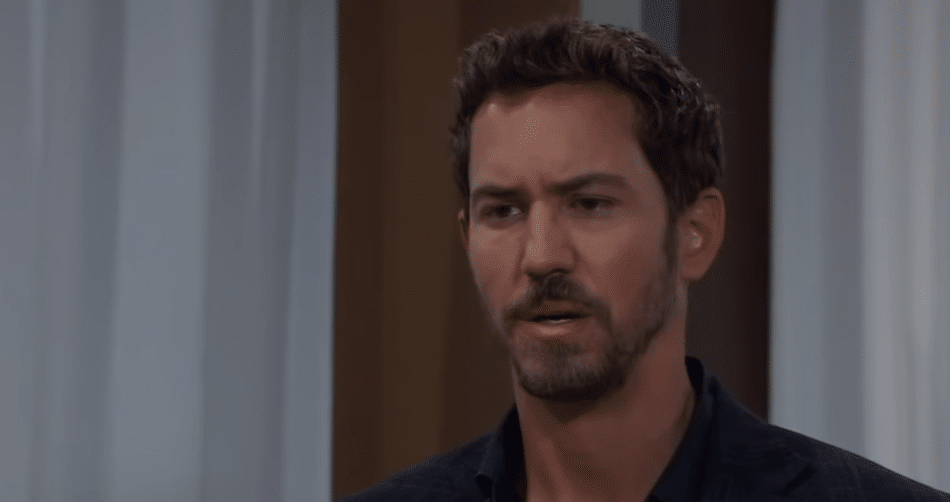 Ever since Dr. Hamilton Finn supposedly killed Peter August, General Hospital fans have suspected there’d be more to the story. Now, spoilers hint there may indeed be more of Peter to come.

As General Hospital viewers recently learned, Peter’s body did not remain in the GH basement freezer where Finn and Elizabeth put him. However, they do not know when or how Peter disappeared. Could it be that Peter was still alive after all and somehow escaped undetected?

If Peter is alive, where is he hiding? There are several theories floating around online, some possibilities wilder than others. Some recent General Hospital spoilers have fans suspecting big developments may come by the end of August.

One big sign that there may be more coming with Wes Ramsey on General Hospital is his lack of Instagram activity. While the actor typically posts updates fairly regularly, he’s been nearly silent since Peter’s “death.” He did share a post on Instagram praising his General Hospital co-star Kirsten Storms in early June. However, he shared nothing about his exit.

Since then, Ramsey has posted just twice. One snapshot came on July 4 as he celebrated with real-life girlfriend Laura Wright (Carly, General Hospital). Then, there was another update in late July. Ramsey’s Twitter page has been fairly quiet as well. What seems especially out of the ordinary is the lack of any sort of farewell on Ramsey’s part. Is the actor’s low-key status on social media happening because he knows he’ll be back? Many fans suspect that’s the case.

How Could Peter Reappear?

As SheKnows Soaps noted, this could ultimately tie back to Helena Cassadine’s evil ways and lab. Helena’s gone, but Peter’s ties to her might come in handy for him now. Her lab was the place where plenty of bad things took place, and it’s certainly possible Peter could utilize those resources now if needed.

In fact, Drew is about to return, with Cameron Mathison in the role. As General Hospital fans know, Peter initiated what happened to Drew. Given that, some might think it seems unlikely General Hospital would bring Drew back without having Peter around for blowback.

Nina can't help but enjoy the simple life with "Mike" in Nixon Falls. Is it all too good to be true?
An emotional, new #GH starts RIGHT NOW on ABC! @watroswatros pic.twitter.com/aGzpbYqVDM

General Hospital spoilers from SheKnows Soaps signal Nina will soon see someone familiar in Nixon Falls. Some fans speculate this could end up being Peter. The buzz is this person is both unwelcome and someone who could cause a lot of trouble for Nina, and Peter does fit that description.

Even if Peter is truly dead, General Hospital viewers have a hunch there may be additional appearances by Ramsey on the way. For starters, spoilers indicate Maxie will pop up soon. Her reunion with Louise would be far less climatic if there’s no Peter to worry about. Additional General Hospital spoilers regarding Peter and the possible return of Ramsey should emerge soon and fans are definitely curious for details.